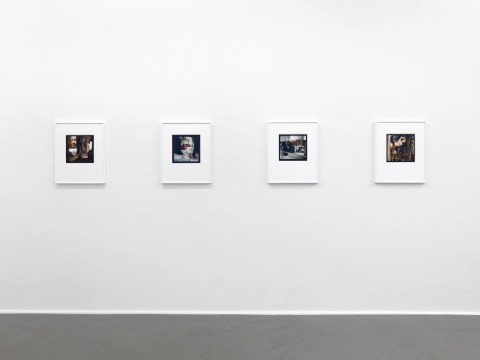 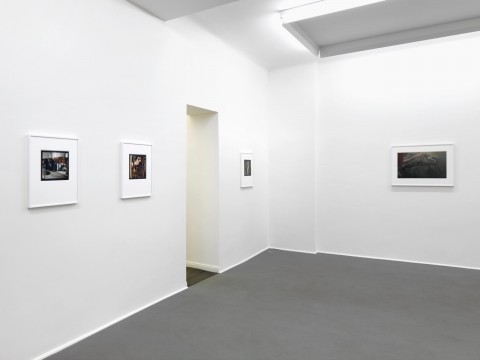 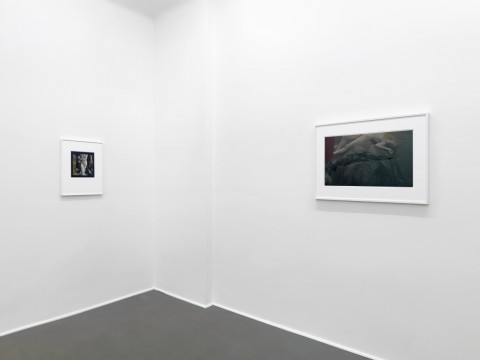 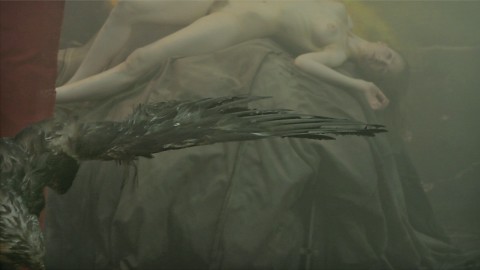 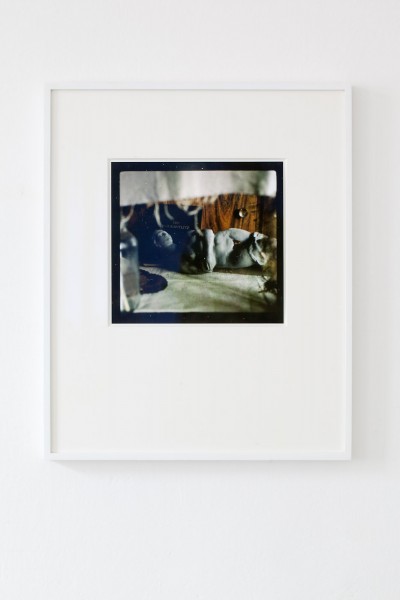 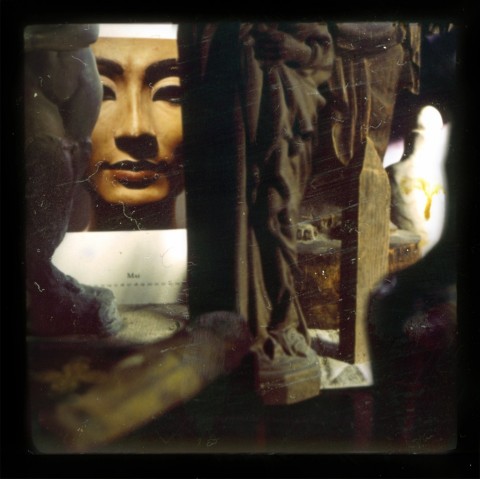 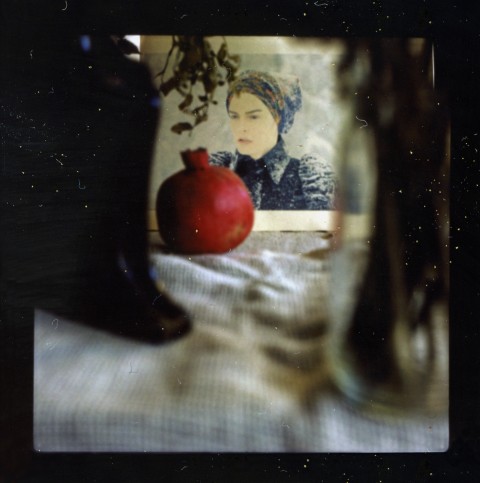 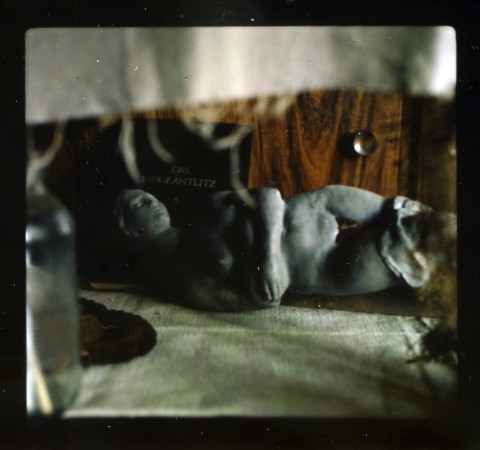 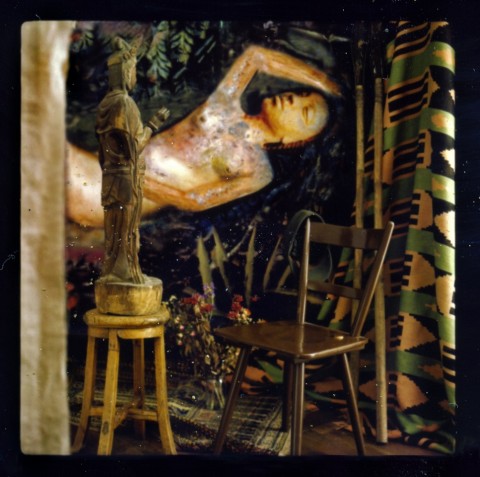 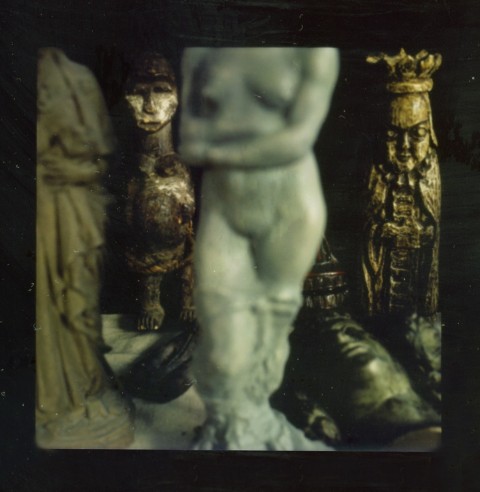 Gallery Guido W. Baudach is pleased to present Venus, the fifth solo exhibition by Berlin based artist Markus Selg. At a first glance this show would appear to be a continuation of his previous exhibition, Searching for Ruwenzori. The visually dominant and largest work is titled The Secret Life of Plants, again a sublimation print based on a computer collage. Furthermore, the female figure from the titular work in Searching for Ruwenzori reappears in The Secret Life of Plants. It depicts a naked human couple in an idyllic and strangely sprawling setting of trees and leaves. The Secret Life of Plants not only recalls Stevie Wonder’s 1979 album of the same name, where the mysterious forces of creation are evoked; it also draws on an important pictorial tradition in art history: the depiction of Venus, the Roman goddess of love and beauty. The reclining female figure dominates the picture, presenting herself in an atmosphere of detached sensuality, set within a natural environment that has the quality of a relief rather than recession in depth. The materiality of her body fluctuates between a golden flesh tone and the discoloured patina of an ochre-tinted sculpture. Illuminated limbs seem to radiate and serve as a source of light in the restrained darkness of the surroundings. The figure has her eyes closed and thus conveys pleasure as well as contemplation, devotion and the innocence of sleep as a symbol of an inner collectedness or a self-evident state of being just so.

In the context of the exhibition this sublimation print is spatially confronted with another embodiment of Venus. The landscape format colour photograph Saloun (A Tribute to Adam Holý) is a still from the hundred-minute feature film Markus Selg has just completed: Das ewige Antlitz. An important scene of this film takes place in the former studio of the Czech sculptor and symbolist artist Ladislav Saloun, where Prague based photographer Adam Holý is in the process of staging a nude female model for a picture. As a formal equivalent to an enormous eagle’s wing in the foreground, the young woman is exposed to the eye by a torn red curtain on the left-hand side. Voluptuously draped over an imitation rock, the curvature of the figure appears as a mirror image of the Venus in The Secret Life of Plants.

Venus and the nude female figure also occur in the context of Markus Selg’s series Still Lifes. This exhibition presents four of these fourteen 25 x 25 cm prints, where Polaroid-images served as the basis for subsequent prints on photographic paper. Focused by integral black borders, the Still Lifes provide peep-hole insights, at once intimate and constructed, into the world of the artist. The natural, soft, diffuse light models frozen moments, arrangements of objects including numerous sculptures and dried flowers.

In another Venus-like scene in one of the Still Life pictures, the eye is drawn beneath a kind of curtain, a bright but indistinct fabric at the upper edge of the image, towards a lying female figure with folded arms, her virtue covered by a moth. The figure is a cast of Wilhelm Lehmbruck’s famous sculpture Die Sinnende (1910/11). She leans on a book with the title Das ewige Antlitz. First published in 1926, this book serves as a memento mori here. It is a collection of photographic images of the death masks of famous historical figures and personalities and refers to Markus Selg’s new film of the same title.

Wilhelm Lehmbruck’s sculpture also appears in two of the other Still Lifes. In the first, a part of the sculpture draws the gaze into the depth of the image, where the countenance of the famous Nefertiti appears as a mysterious phenomenon seen or suggested for the first time. In the other, Die Sinnende appears in close conjunction with four other figures with diverse cultural origins, their respective manifestations of grace, shame, vulnerability and pride seeming to coalesce into a common atmosphere or community.

In these processes of transformation it is evident that the Still Lifes are more than just consciously patinated projections into a private or historical escape. With these pictures the artist has succeeded in presenting individual elements and figures in a literally new light.

Similarly, Venus, the leitmotif of this exhibition, should also be seen in terms of a transformation. Markus Selg does evoke womanhood, but in the subject of submission he uncovers something other than a gender-specific motif, to say nothing of a cliché. Above all he presents the necessity of consciously recognising the forces of nature, the cycles of coming into being and passing away.