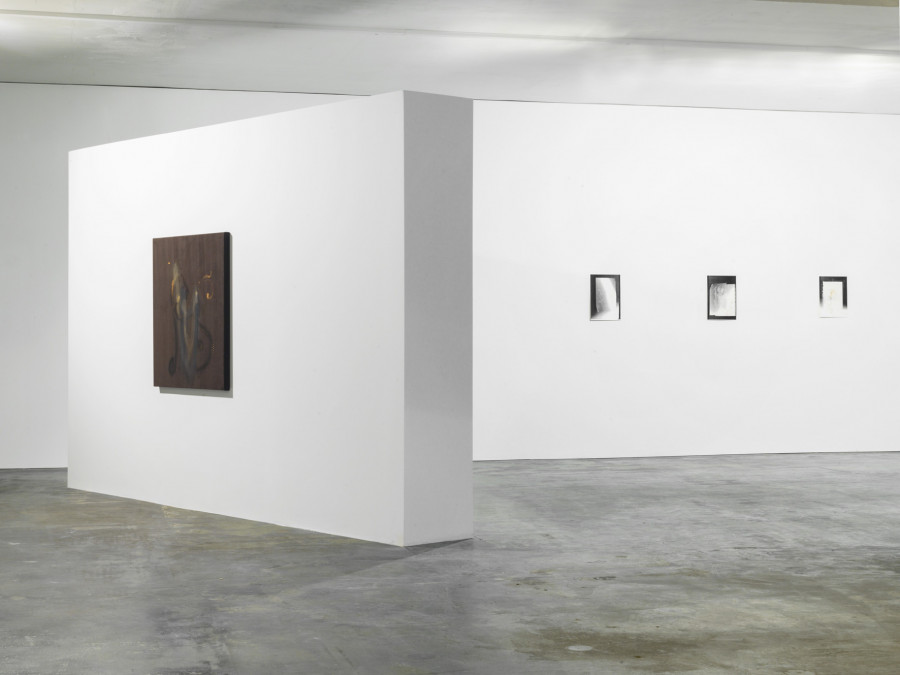 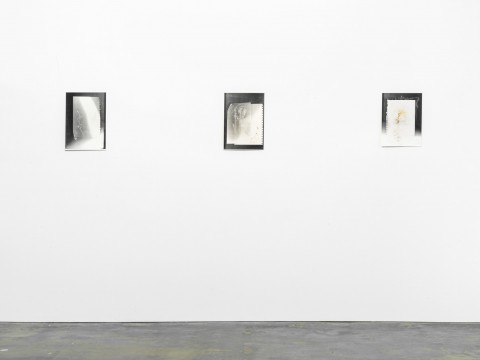 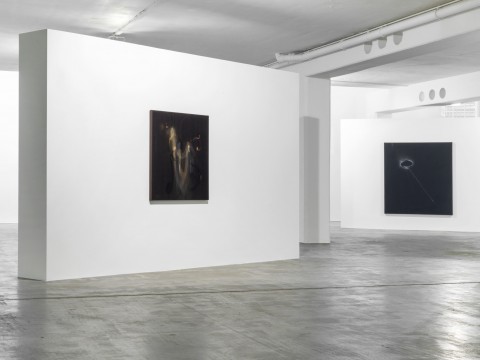 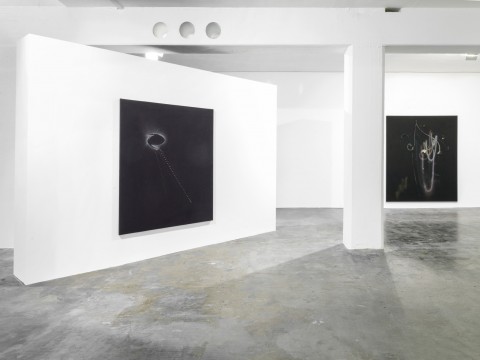 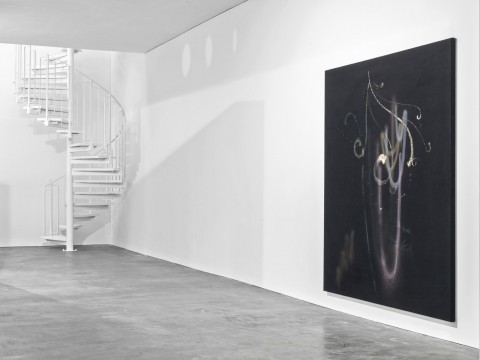 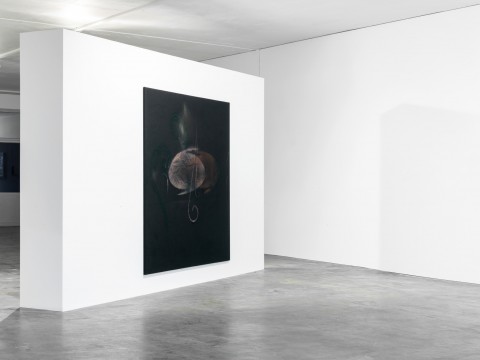 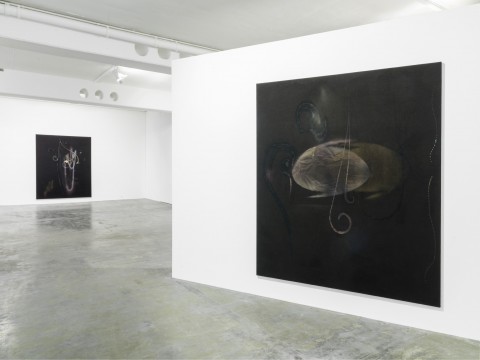 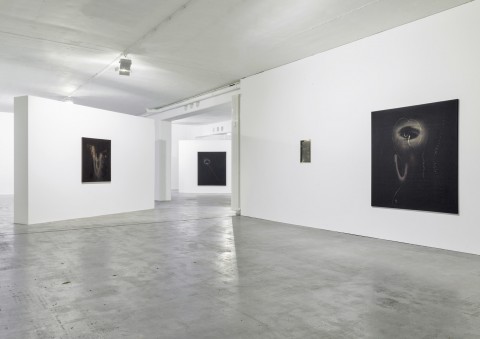 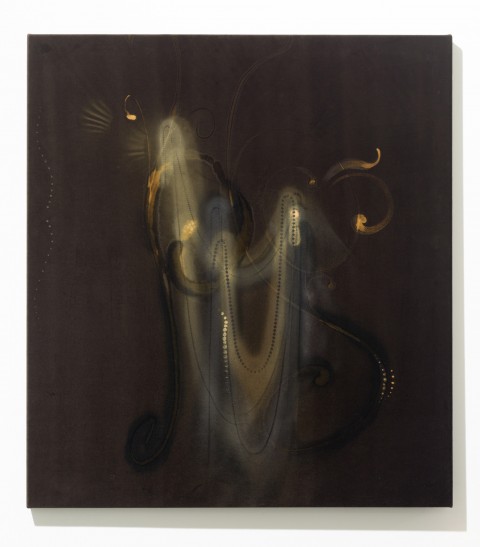 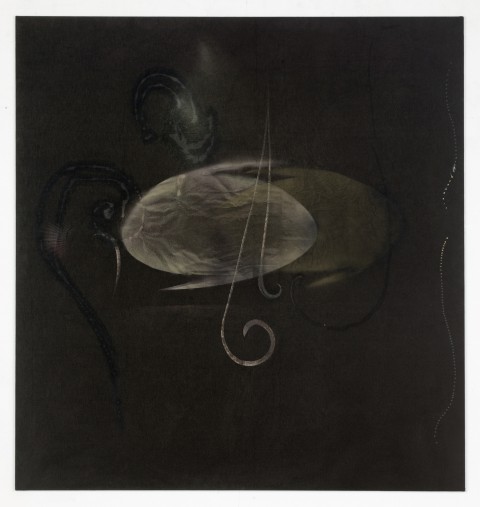 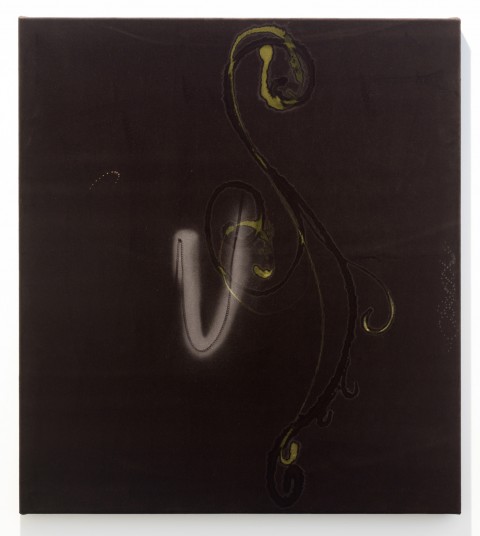 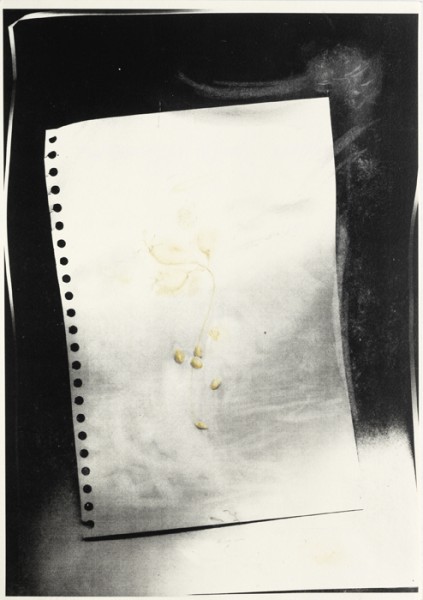 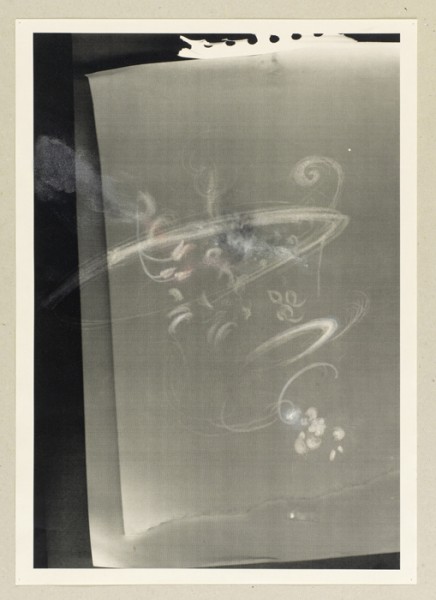 ‘How can contemporary artistic practice still work with the classical media of drawing and painting?’ asks Thomas Helbig, his pictures simultaneously suggesting a concrete answer in the visual all-and-nothing of the present.

His paintings embody the problem of mimesis and representation, in layerings, duplications and oppositions. This is already present in the grounds of the paintings. The roughened surface of the dark theatre fabric that Helbig uses as his substrate inverts painting by absorbing rather than reflecting light. The materiality becomes virtually invisible; a seemingly endless space opens up. Even the lines and flourishes, which can be read as the ciphers of gestural painting, are bleached out rather than additively applied in paint. They efface the dye from the fabric, in a certain sense liberating the light to an immaterial facture.

The differing degrees of displacement and interpenetration among Helbig’s forms suggest various qualities of presence and absence, original and copy. The two overlapping forms at the centre of Heliopolis appear in the upper region as the reflection of a single object, while the lower region shows them as glare or shadow. And again, in Hyperion, chain-like forms appear to be suspended from shapeless beings, though their parallelism with the canvas belies the prior moment in which they lay superimposed on the same. The pictorial space closes and becomes surface, supporting chained forms and the occasional cosmic motif, both of which appear in positive and negative, as impressions and voids in a haze of sprayed paint.

In his works on paper Helbig returns to the medium of the photocopy, which he marks and ‘etches’. In doing so he touches on a discussion that’s been central to photography, printing and Pop Art ever since Henry Fox Talbot’s The Pencil of Nature (1844–46). In the light and shade of photocopied space Helbig presents a trompe-l’oeil sheet of paper, wavy and perforated at the edges. One moment it’s held in the artist’s hands like a Veronica’s Shroud, the next it floats or stands, depending on the viewer’s perspective, in the narrow surround of the pictorial frame. Plants – picture within the picture – are drawn on the paper in colour. A declamatory ‘This is a picture!’ But as with any magic trick, where theatrical gesticulation and commotion only distracts from what’s actually happening, perception here is guided by illusions. The pictorial planes shift incessantly. The copy itself has nothing to show but a blank piece of paper. It’s only when the marks are inscribed that the reproductive medium itself becomes substrate. This innovative tension between photographic reproduction and physical drawing also gives rise to a familiar reading: the illusionistic representation of the artist’s studio, with the natural objects for drawing lying on the artist’s page, spreading their pollen in space and leaving an indelible trace on the paper.

Helbig opens up layers of evidence and supposition, signifier and signified, traces and presence both real and apparent. They’re all there in the sweeping lines that appear as signa on almost every one of his images: the painterly gesture, the graphic mark, the decorative form, the form of nature.