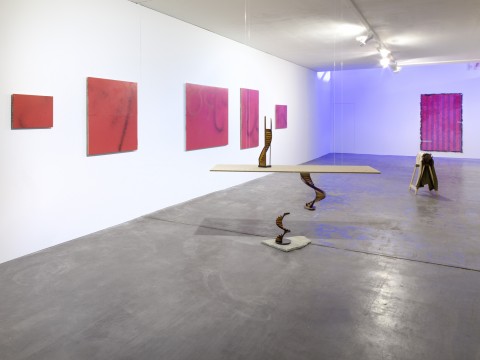 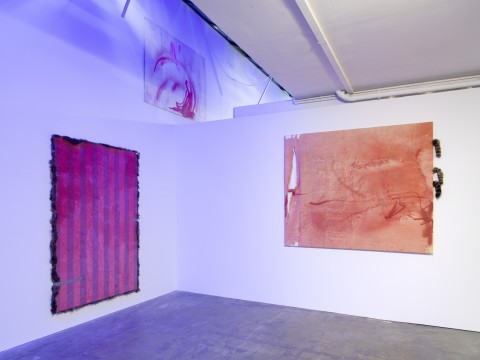 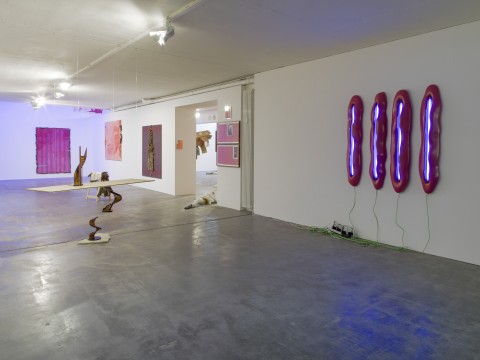 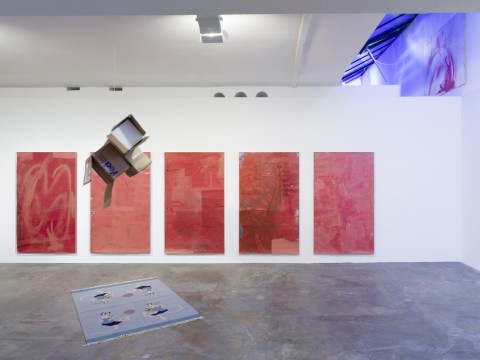 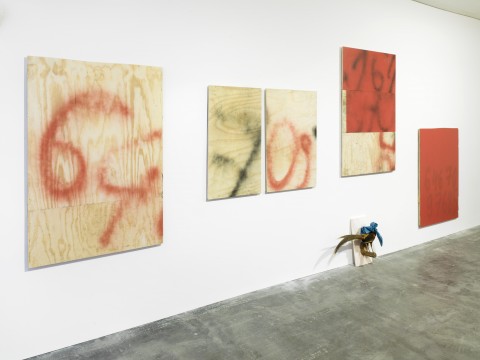 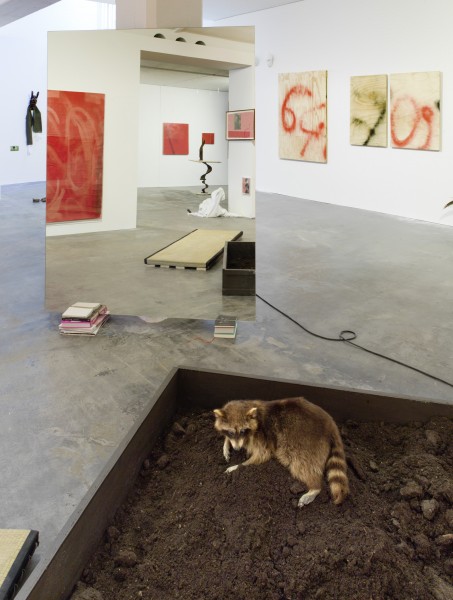 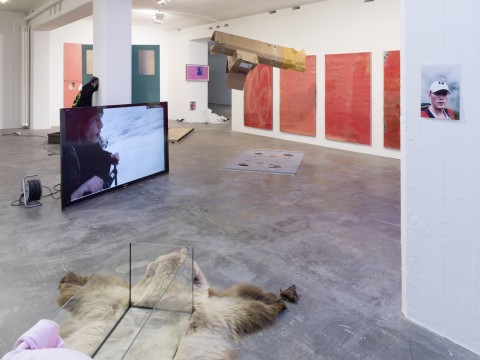 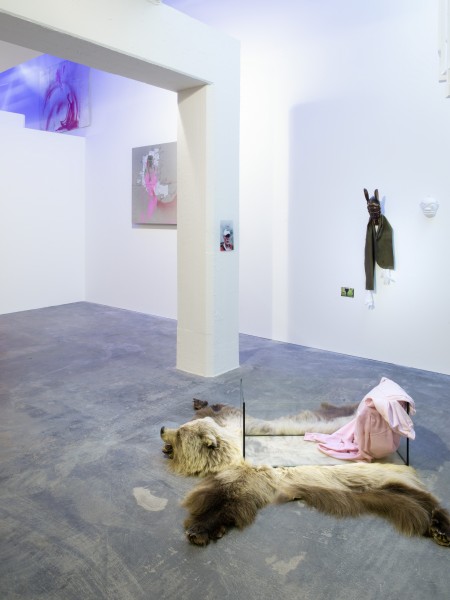 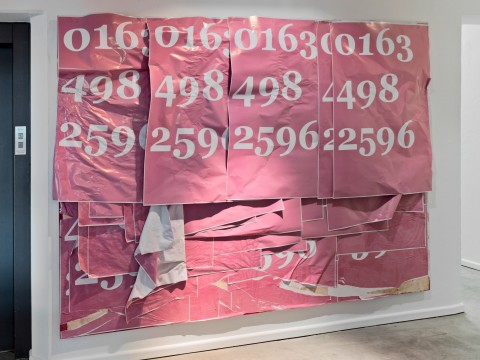 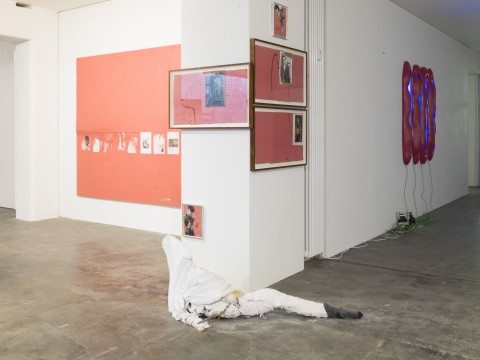 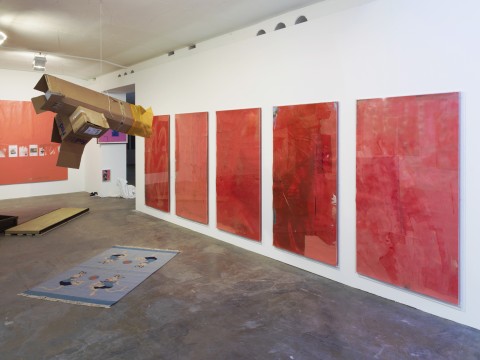 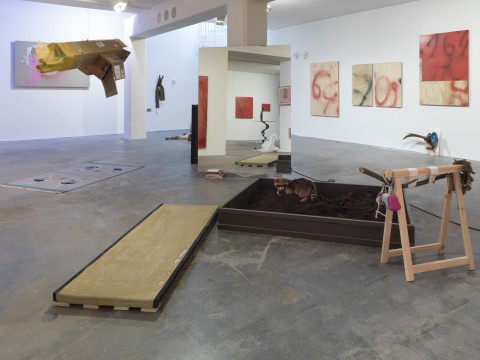 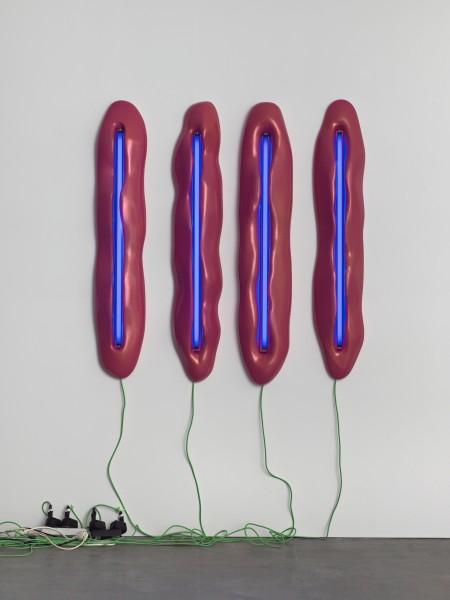 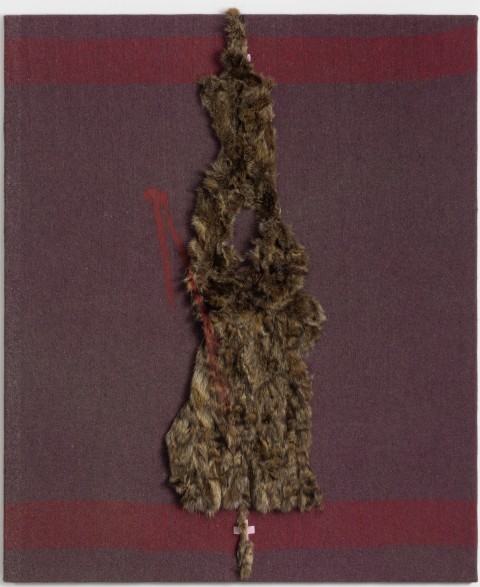 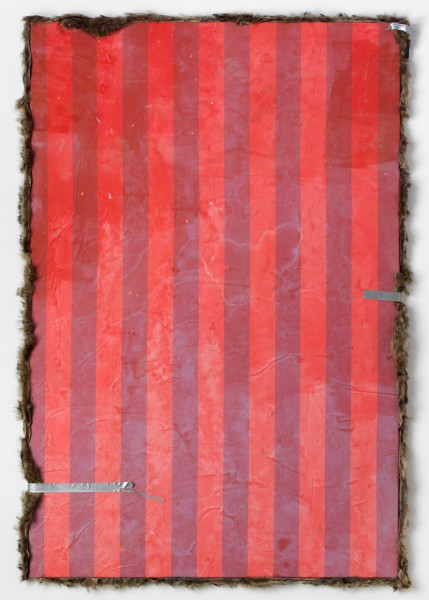 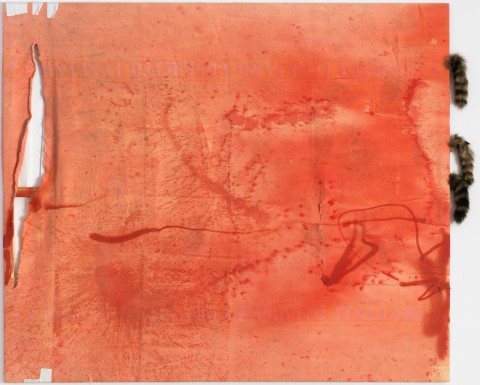 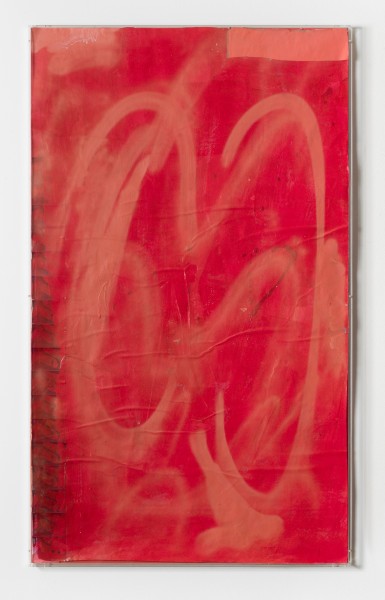 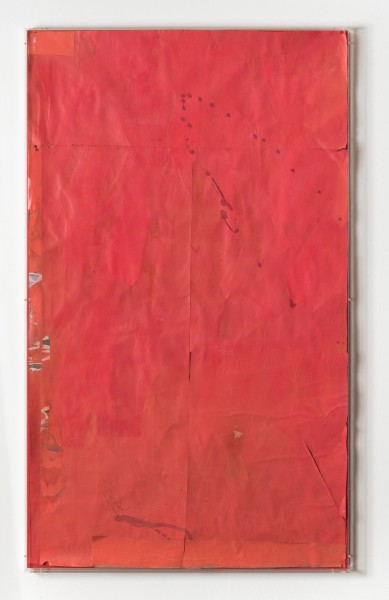 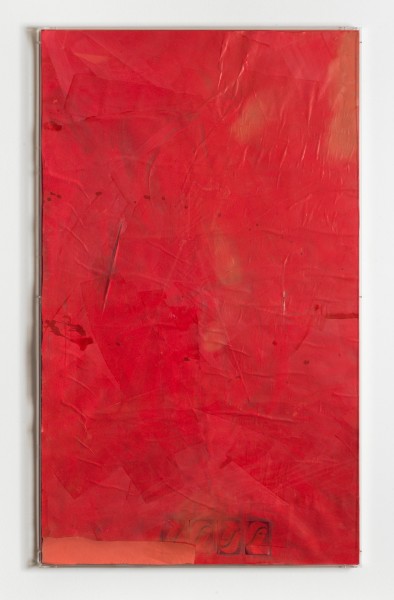 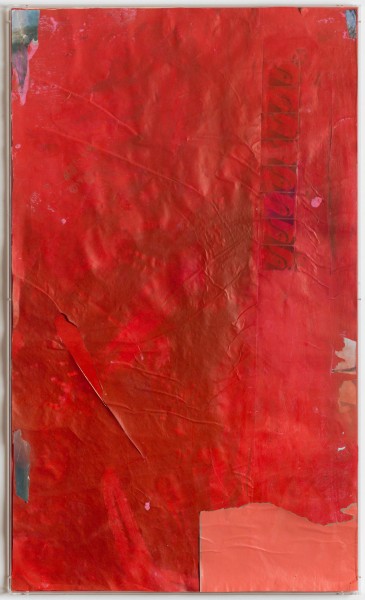 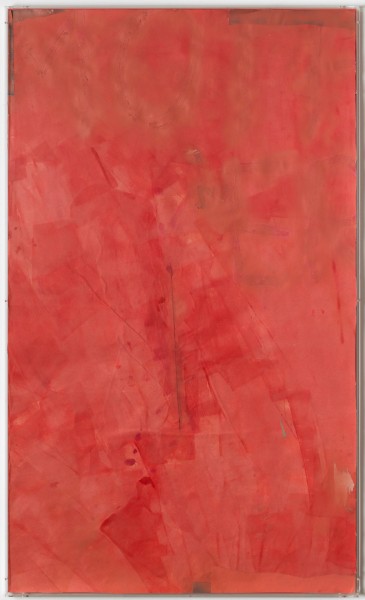 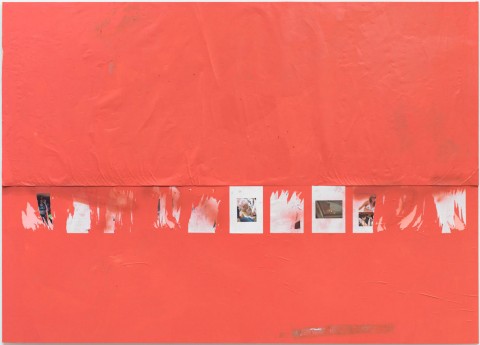 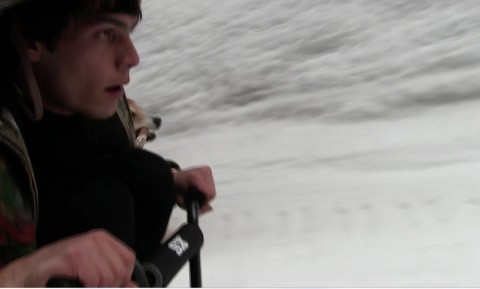 Titled Single, the show is less a take on celebrity culture and the influence of the internet on our everyday life that we saw in his exhibition Closer in 2014 but an intimate and quite personal reflection of what it means not to be in a serious romantic relationship with someone. With an invitation image that features the artist as a semi-nude in front of a pink backdrop, the exhibition here at the same time is used as a tool or a medium to find the matching other half as it is a take on the role of the male in our society.

Lacking the sophisticated production of earlier series, the sculptures presented here instead have a very immediate and readymade feel to it. Culling materials from his everyday life Scherer here waves together life-style products with discarded and ephemeral materials, fur and stuffed animals with kitchen appliances and bathroom gear. Found and appropriated objects are arranged into larger compositions or almost space collages. These pieces are figurative though. It’s people, snapshots of types or characters that make the life game as a single which are portrayed here. And while there’s an Iphone in hand, numbers on the wall and a flatscreen playing, african masks as well as materials like plaster, jute and wood take these figures to a look or point which stands beyond a specific spatial or temporal structure, but at their best emanates a sort of idiosyncratic contemporaneity. At the same time it’s uneasy contradictions in material combinations, the subject matter and the partially animal origin of the works which add a sometime slapstick as well as a more profound humor that lays over the exhibition as a whole.
The paintings on the other hand have a different feel to it: Almost uniform in color they oscillate between backdrop and fully articulated piece. It seems as if Scherer is himself trying to find their position in relation to the figures - as well as the audience. Although for the Number Paintings (2016) for example this is quite clear: Casually sprayed on panels the paintings that feature Scherer’s american phone number the pieces work as a sort of pick-up paper, a note with your number on which you give to the guy or girl you catch a glimpse from in the subway, before disappearing back into the comforting realm of the alone. Or it could be writing it on the arm of someone, with the pink color as an indicator for flesh. This connection is made strongest with Lamp (2016), a work produced in collaboration with Wilddogs International, which - along works like Bachelor or Tatami (both 2016) - bridges the sculptural language with the painterly gestures in the show into one of Scherer’s signature environments.

While Single here so far was discussed as an absence or deficiency, the show is at many points an exact celebration of the time spent alone and with all the casual partners along the way. It’s in the far back of the space that there are images of personal friends of the artist, depicting them on the trip to the swiss countryside. And reading from Here with me (2016), a video work that is shown on a large screen in the middle of the room, where the artist himself is seen trapped in a hostile place, only covered in a piece of fabric and kidnapped by a faceless villain, it’s the love and the ties between friends that saves the day.