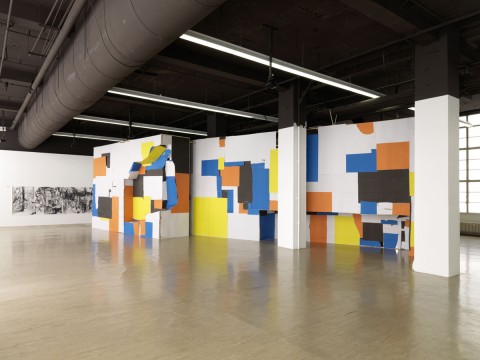 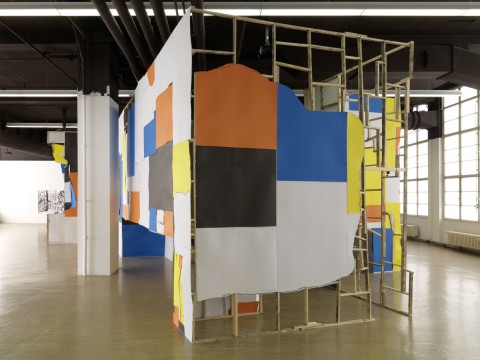 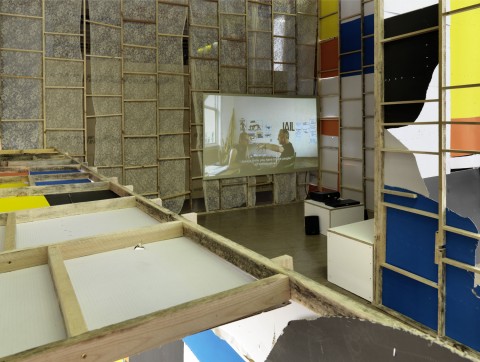 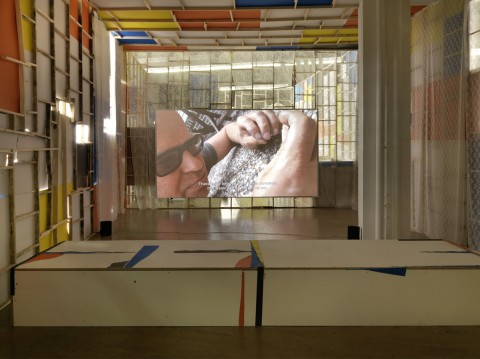 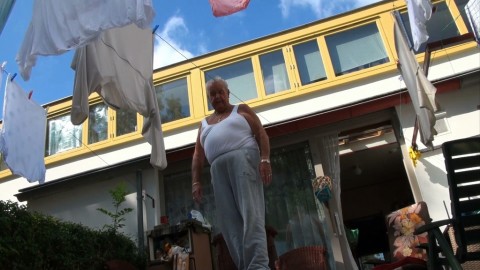 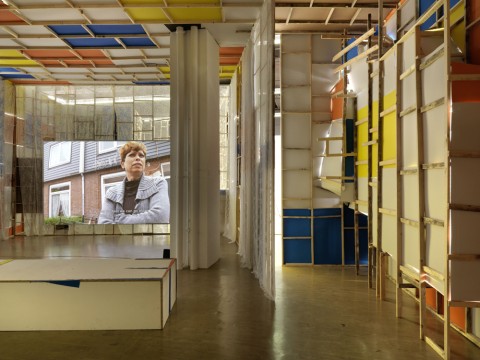 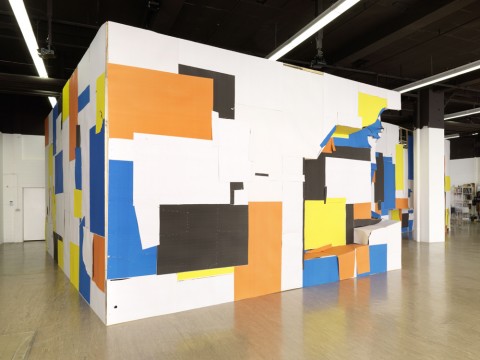 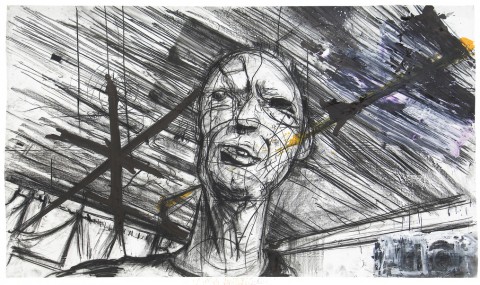 The actor in the museum, 2011
Erik van Lieshout

Galerie Guido W. Baudach is pleased to present JANUS, its second solo exhibition by the Netherlandish artist Erik van Lieshout. Van Lieshout works on long-term projects that primarily end up as films, but also as drawings and objects. These constellations of work result from an intensive engagement with a given subject and a collage-like production process – construction, dismantling, discarding and reconstitution. Since the artist himself is quite explicitly part of the work, boundaries between public and private are consistently blurred. Complex, impulsive and demanding, the interleaving of content and form opens up a network of references which are often densely compounded into exhibitions consisting of extensive spatial installations.

The two films in the present exhibition, JANUS and Jail (both 2012), are mutually complementary and thematically interrelated. Against the background of the political and social effects of the economic and financial crisis, the rapidly cut images focus on the problematics of the artist’s identity between ego and image, outer expectations and individual self-conceptions.

The foil for the theme in JANUS (51 min) is the eponymous collector of curiosities who, having recently died, never actually appears in the film. The multiple facets of his image are reconstructed by way of controversial descriptions. Van Lieshout films Janus’ environment in the dilapidated terraced housing estate of Rotterdam South near his own studio, interviewing perplexed relatives and sceptical neighbours. The urban encounters are framed by his conversations with the actor Marien Jongewaard and his occasionally dramatic monologues. These function as a metalevel, but one that is constantly interrupted by jokes and absurdities. The film bears the traits of a sociological study and a reality soap and is carried by van Lieshout’s performance. As with former projects, the artist himself becomes an actor in his own film.

The second film, Jail (14 min), functions as a fragmentary complement to JANUS. Here, Marien Jongewaard plays alongside the artist as a second protagonist who is asked to perform a role-play as van Lieshout himself. As with JANUS, there is no stringent plot to Jail; the film is more like a brainstorming session. Shreds of ideas fly around at high speed and are expanded upon in animated drawings and word sketches – a technique which is characteristic of van Lieshout’s film work as a whole and underlines the process-based nature of his artistic practice. One of the stop-motion scenes, for example, shows the artist applying black tape layer for layer onto a newspaper photo of the Dutch crown prince and his wife. But it is not only the motifs that demonstrate van Lieshout’s confrontation with his homeland. His subject proper is the current state of political and social crisis in the Netherlands – alongside the not unrelated personal problematic of being an artist.

In this much, van Lieshout, who sees his role as an artist as one of involvement in society, pursues artistic rather than therapeutic ends. He combines the momentum of chaos, uncertainty and trash with a strong awareness of form and colour derived in part from the de Stijl movement, which was likewise a reaction to the general state of crisis at the beginning of the past century. These contrasting references recur on various levels in the architecture of the present exhibition.