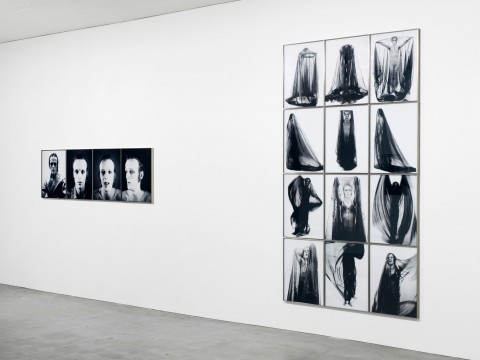 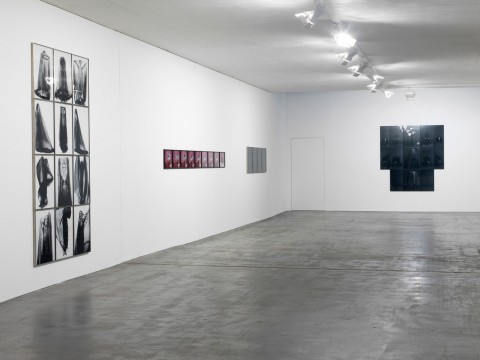 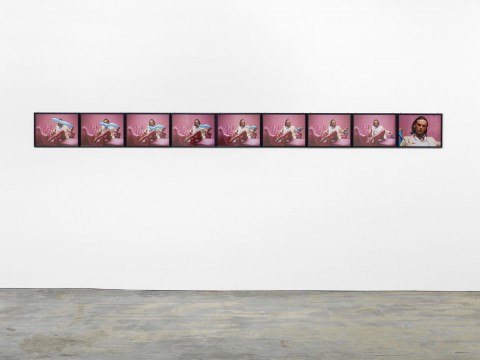 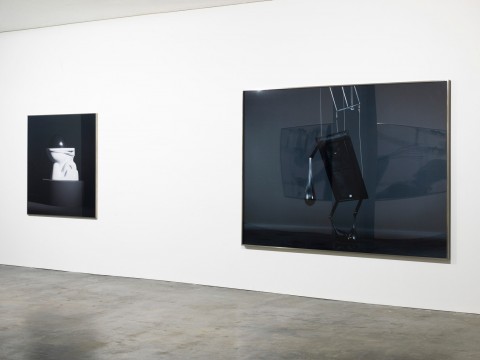 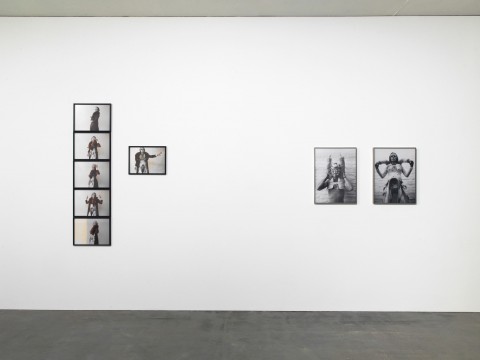 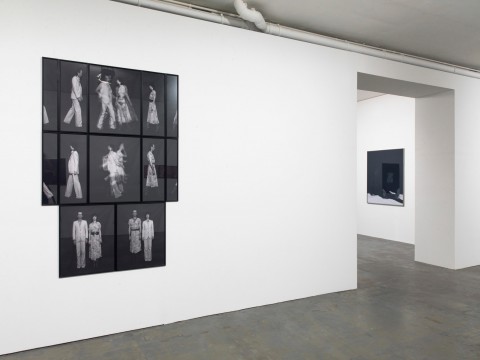 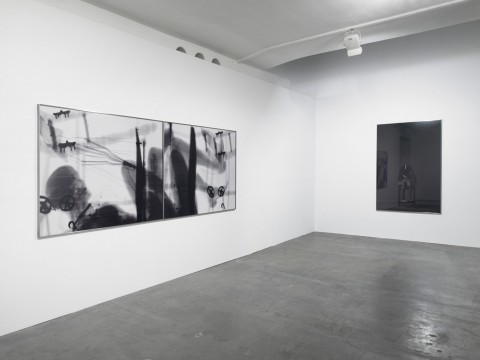 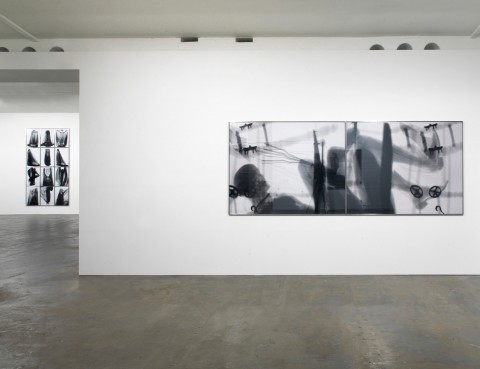 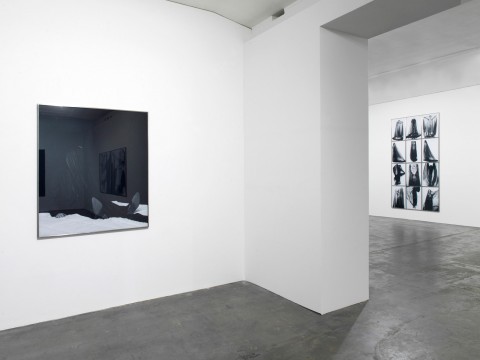 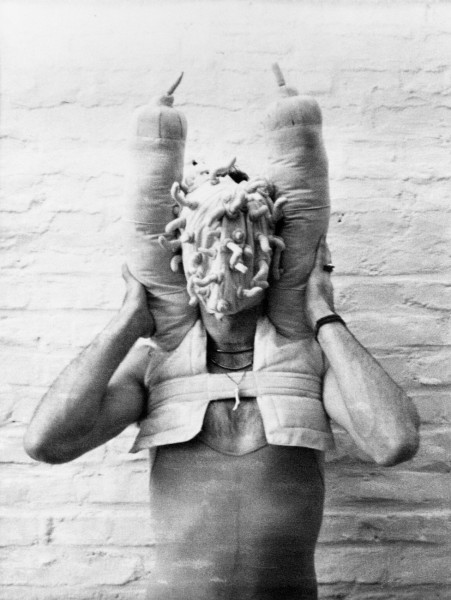 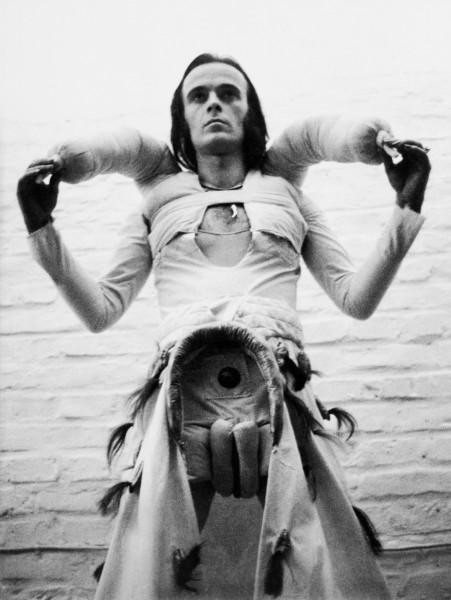 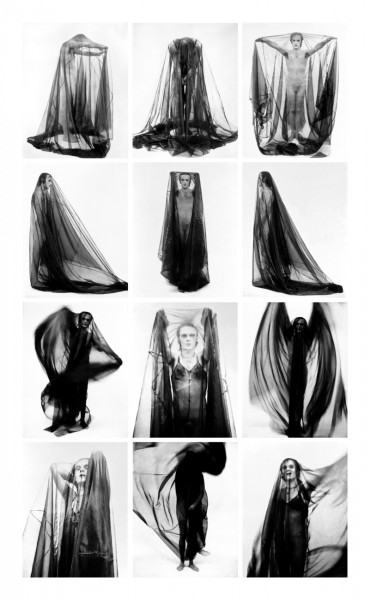 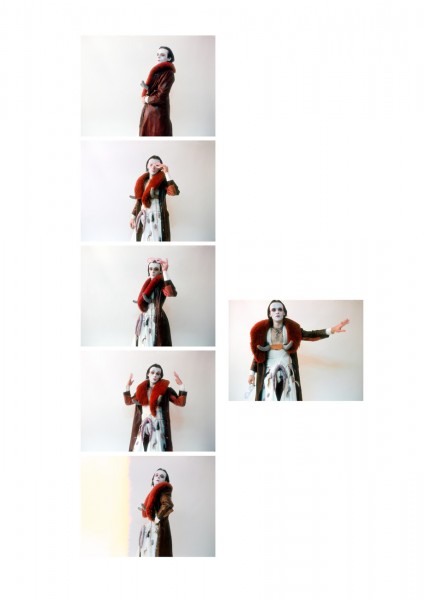 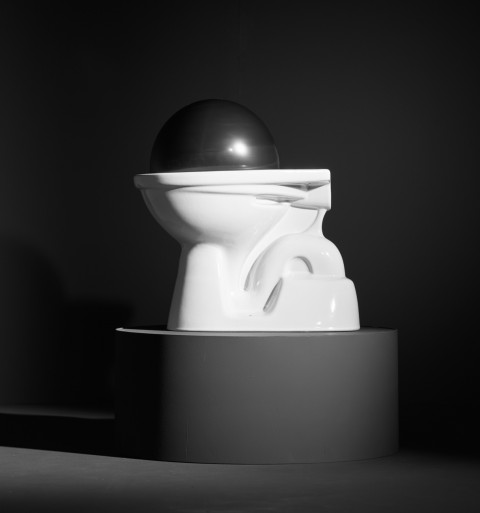 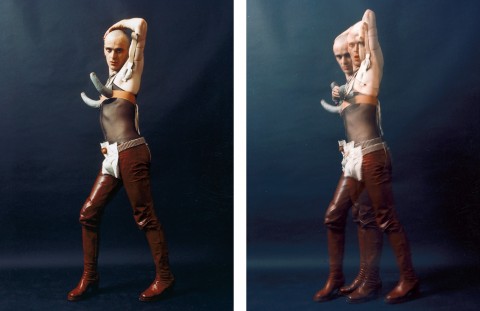 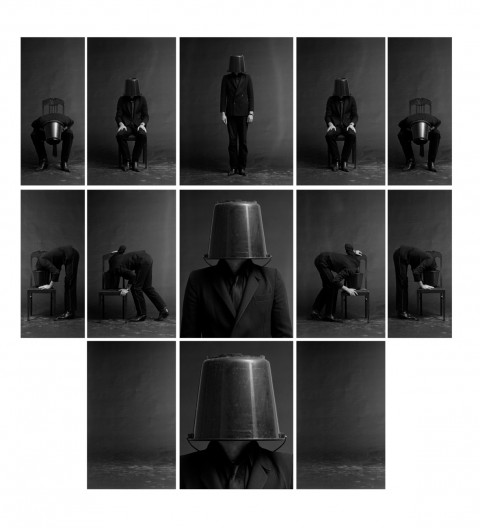 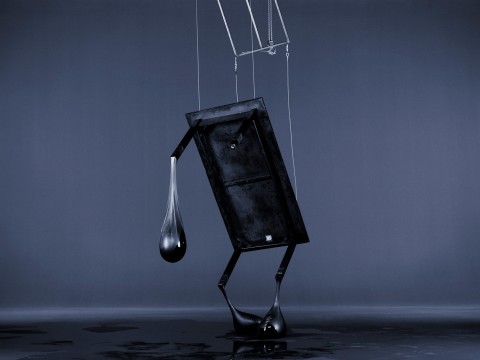 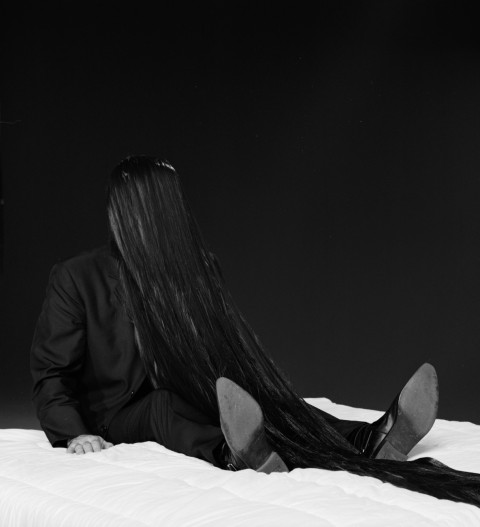 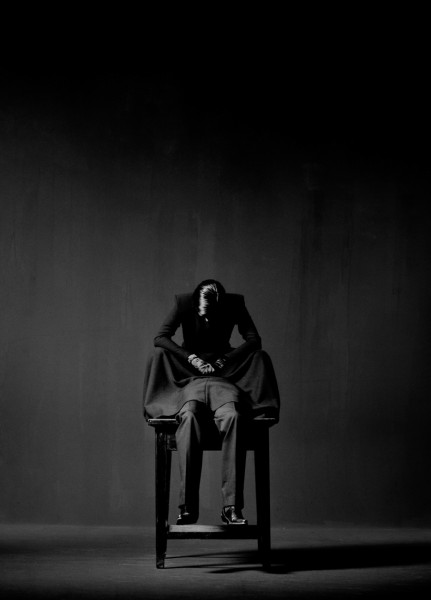 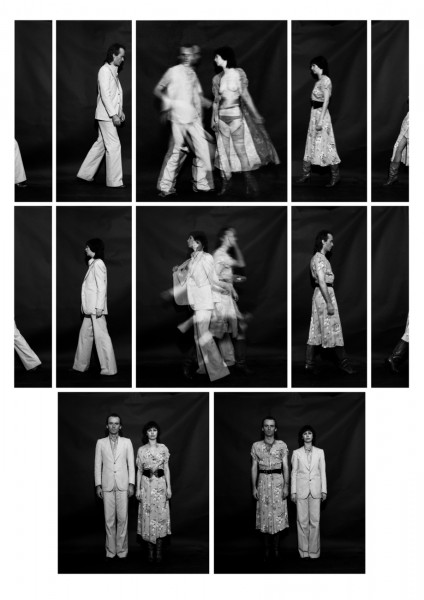 Galerie Guido W. Baudach is pleased to present Bewegtes Ich (Moving Self), the third solo-show of Juergen Klauke with the gallery. Klauke, born 1943 and living and working in Cologne, is one of the most renowned german artists. On the occasion of Gallery Weekend Berlin 2017 the exhibition shows a selection of key works from 1972 to 2017.

Juergen Klauke is a unique figure in the art world. His inventions are nowadays taken for granted, and have significantly influenced art over the last 40 years. He is a pioneer of multimedia and interdisciplinary artistic exploration, whose work fascinates and irritates in equal measure, oscillating between the poles of attraction and repulsion.

As an artist, Klauke was one of the first to use photography as a means of artistic expression. He determinedly navigates its possibilities and limitations so comprehensively, so variedly and unlike any other, that he discovers new artistic territories. He raises the question of gender difference more emphatically and radically than anyone else, highlighting the problem of identity with extremely provocative images. Since 1970, Klauke has been working with the human body as the object and vehicle for his art, at the same time as Robert Morris and Bruce Nauman, and has become one of the most prominent representatives of “Body Art”.

Klauke has introduced methods of representation to the visual arts such as the series and the tableau, which were unheard of at the time. By conceptualising the medium and making it such an immanent theme in his work, he paved the way for ‘staged photography’. While most other artists worked within the traditional framework of photographic practice, Klauke developed large formats independently and implemented his ideas in large-format image sequences.

During his career, he has constantly changed direction, and has never complied with the expectations or fashion trends of the art world – his work always jars. Earlier works often deal with social taboos in aggressive, subversive and disturbing ways, while later works embody a particular aesthetic standard, a rarity in contemporary art as it does not follow mainstream movements. His work seems like a source of irritation for the commercial art world: bulky and headstrong, while simultaneously vibrating a sensuous strength – the sort of strength that immediately pulls the viewer in. As such, it is difficult to characterise an artist like Juergen Klauke using standard terms of art criticism. His pictures do not fit into any existing boxes, and blow up all well-known clichés.

Careful analysis is required to satisfy the challenges posed by the work of such an innovative artist. The problem begins with the process of making the works. Although he paints and draws, he is not a painter. By no means is he a photographer either, yet the most important part of his practice comprises of photographic works. He is responsible for devising the subject matter, the design and its realisation. He is the director of visual implementation and, until recently, the actor in his own productions. Looking at the way that he works, he could be compared to big film directors like Buster Keaton, Claude Chabrol or David Lynch. His work is also film-like, because the central figure embodied by the artist is not identical to Klauke, but has something in common with him. It would be a misunderstanding to read his works as self-portraiture, although the earlier series and sequences are the closest equivalent. The works actually show compacted social scenes, reflections of the other, including that of the viewer. More precisely, they show images of social and psychological syndromes, sometimes stepping into the grotesque, sometimes accentuated by irony.

The fundamental themes of Klauke’s work are: the breakdown of human communication, losing the reason for living, the crippling emptiness and boredom of an unfulfilled existence, the suggestive threats to mental and physical identity through the power of the media, and the mechanisation of all areas of life, not excluding the human body. When Klauke does move away from this agenda, at times through irony, he does so to express despair rather than to create distance. This irony does not evoke liberated laughter in the viewer, but laughter that quickly dies down into a sudden sense of self-awareness: when looking at the ‘other’ in Klauke’s art, the viewer encounters himself as the other.