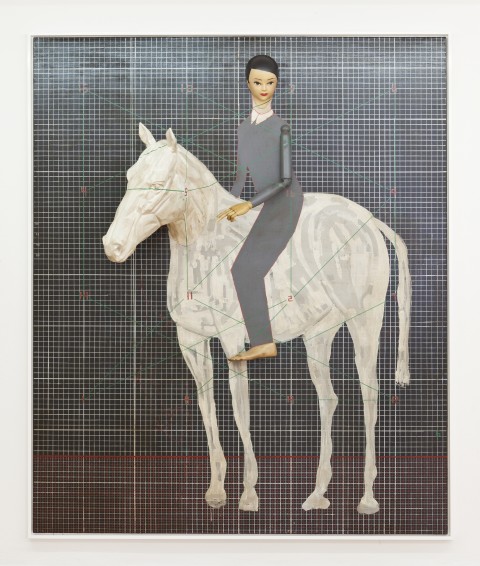 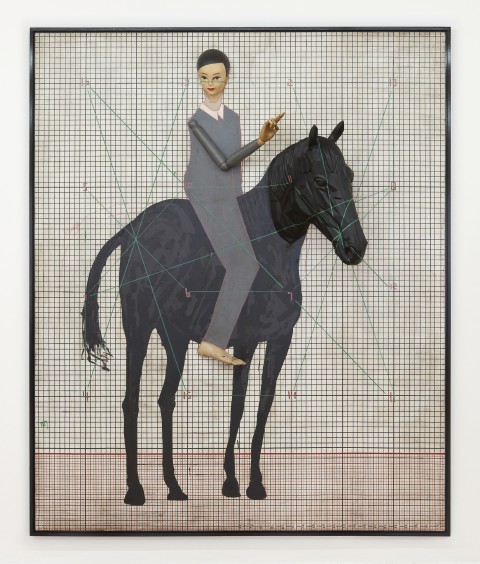 Galerie Guido W. Baudach is delighted to announce the participation in AMTSALON Berlin with a solo presentation by Thomas Zipp. From 17th to 24th June 2021, the former district court of Berlin-Charlottenburg will open its doors to the public – as a pop-up of twenty-four Berlin galleries.

Berlin-based artist Thomas Zipp, *1966, moves in a wide variety of media in his practice, but is best known as an installation and performance artist and as a painter. In his "analytical" painting, Zipp negotiates various themes from the parts of art and cultural history, philosophy, religion, psychology, and other fields of the humanities or natural sciences in his own characteristic form, not infrequently short-circuiting them with influences from pop culture and sociopolitical issues. Zipp's treatment of his respective motifs is as multilayered as it is ambiguous, and is characterized not least by the fact that Zipp links the various contexts together in a rhizome-like manner. The curator Veit Loers has therefore once very aptly characterized Zipp's practice as narrative conceptualism.

Thomas Zipp examines scientific models and theories with the intention of artistically questioning both the human action that produced them and that which is based on them. In Palmhorse (Gwalior) and its sister painting Palmhorse (Melancholia), both from 2018, Zipp thereby refers to considerations of the US-American architect and theorist Claude Bragdon, who made a significant contribution to the expanded concept of space during the early 20th century, and in this respect was received in depth by, among others, the descendant and today far better known Buckminster Fuller. In his book The Frozen Fountain: Being Essays on Architecture and the Art of Design in Space Bragdon discussed around 1924, for example, the different variants of the concept of the magic square not only in two or three, but in four dimensions. In the two Palmhorse paintings, Zipp takes up Bragdon's corresponding geometric ideas in concrete terms, both in terms of the background, which is gridded like graph paper, and in terms of the lines in the foreground, which are aligned with numbered fixed points. At the same time, Palmhorse (Gwalior) and Palmhorse (Melancholia), with their horses and riders protruding three-dimensionally from the picture surface, are indebted to a very specific art historical tradition - the so-called Combine Painting. As such, they refer on the one hand to Eadweard Muybridge's scientific approach to the study of human and animal movement, and on the other hand to the Christian myth of the Palm Sunday story, which Zipp deliberately presents with female protagonists.

AMTSALON Berlin can be visited from 17th to 24th June 2021 between 11 am - 7 pm. The visit is free of charge. Due to the COVID-19 pandemic, access will be regulated and operated in compliance with the Infection Protection Act. Visitors are therefore granted a maximum of 90 minutes access dependant on a valid access pass, which can be booked via the AMTSALON Berlin registration tool.