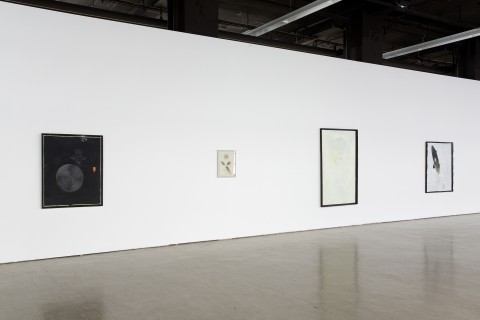 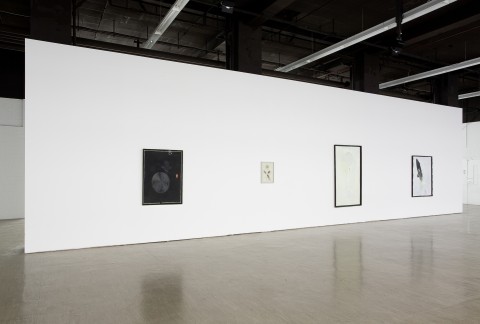 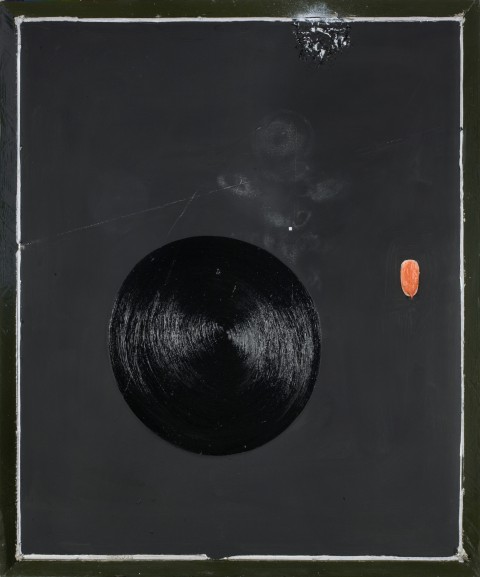 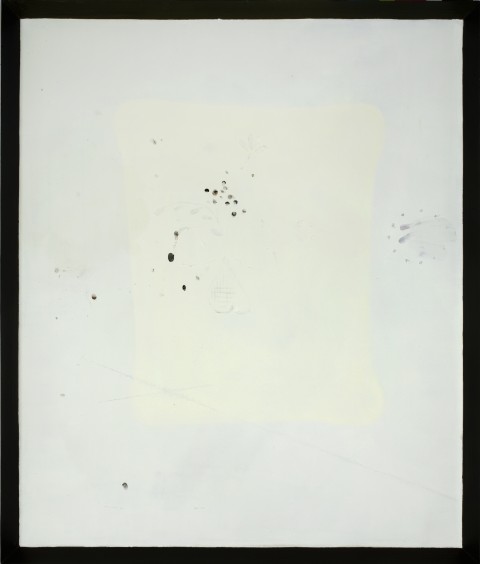 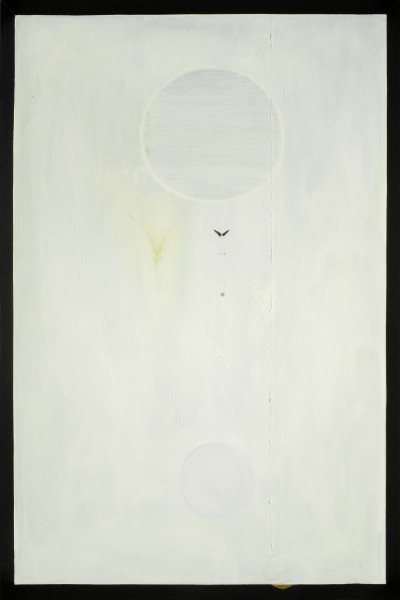 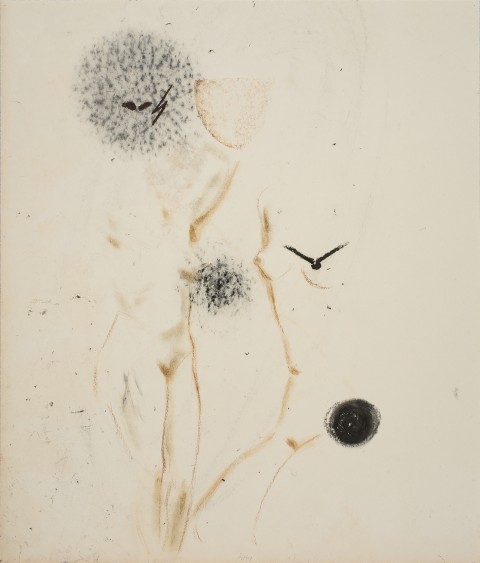 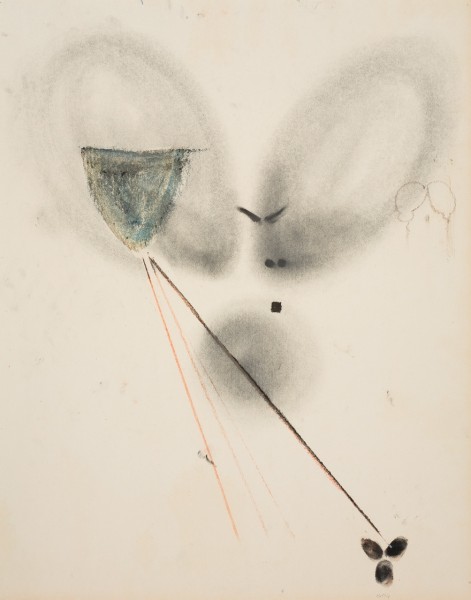 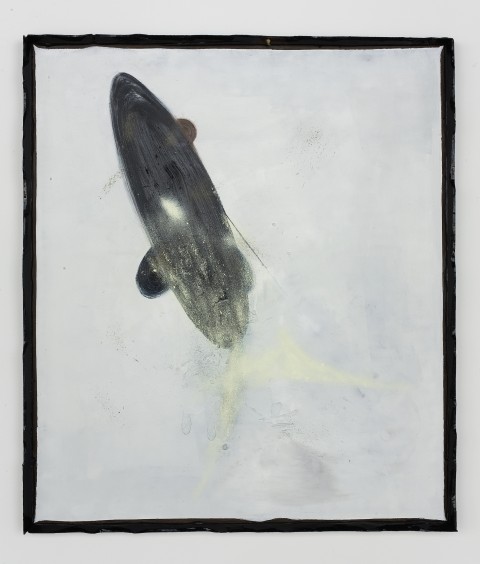 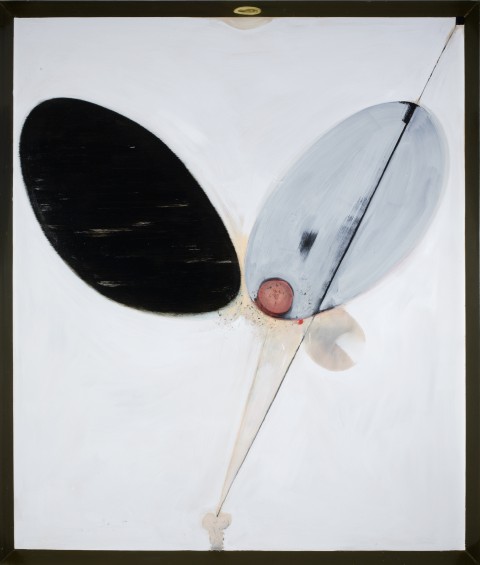 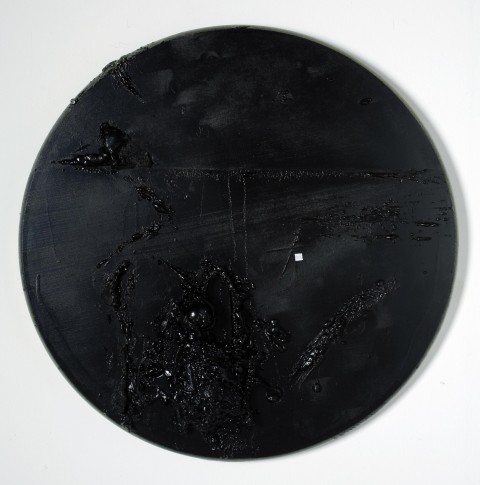 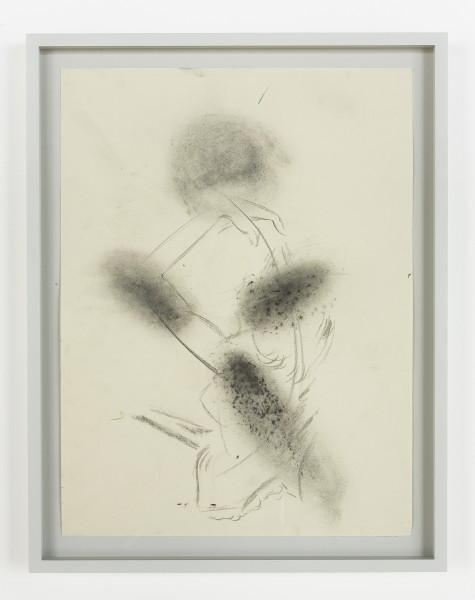 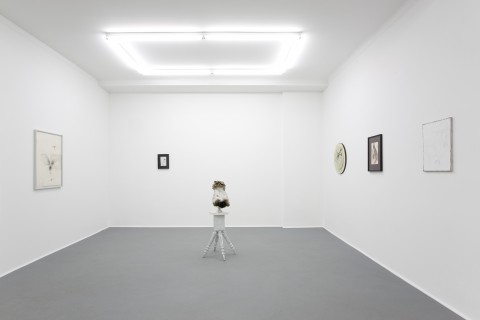 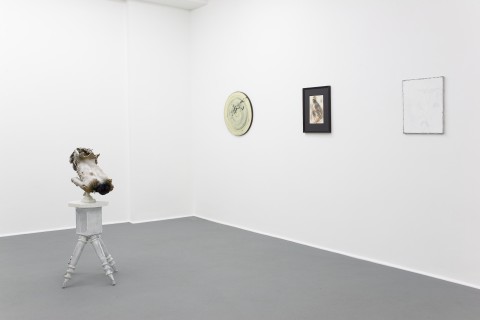 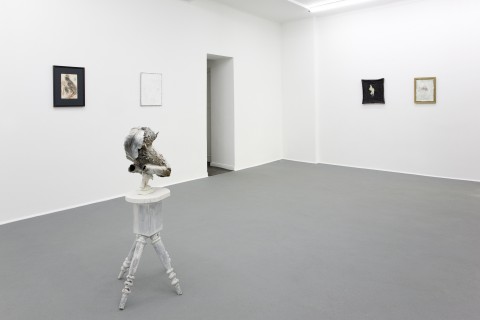 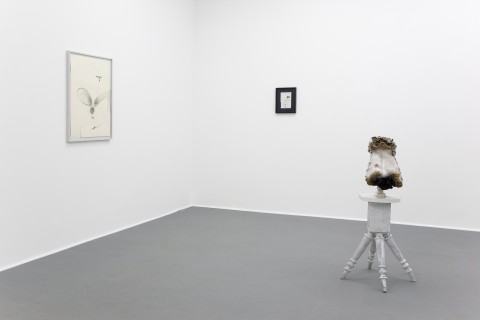 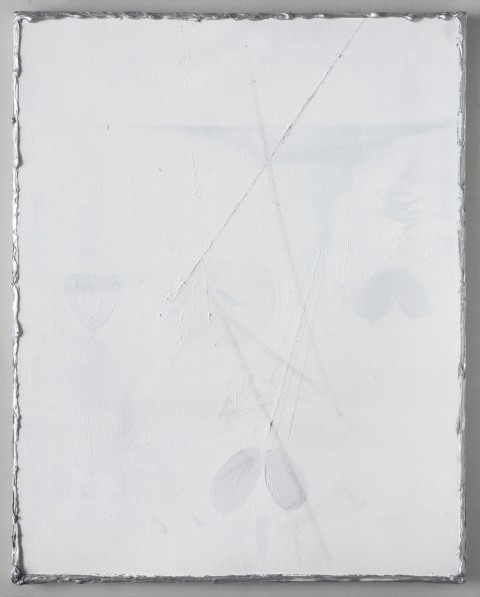 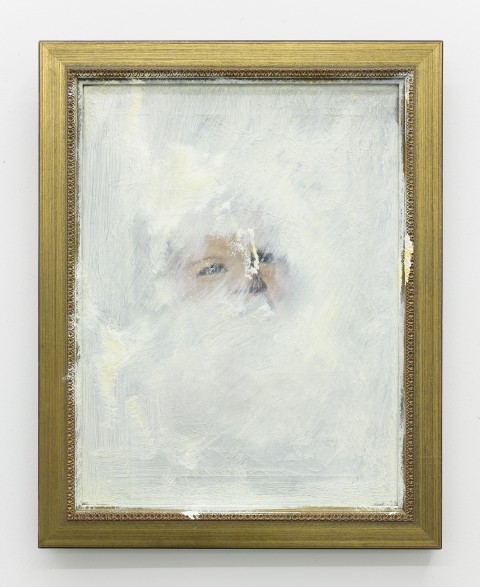 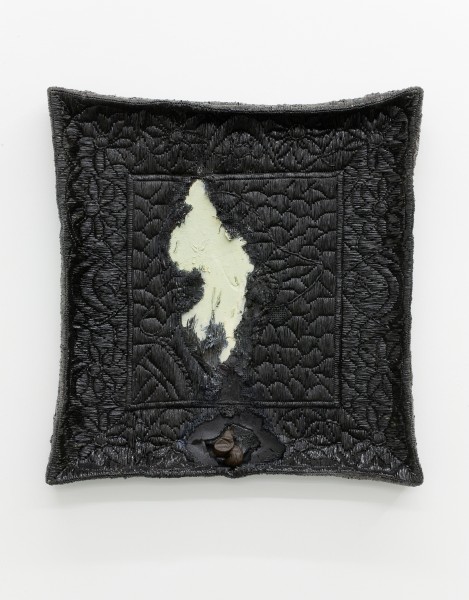 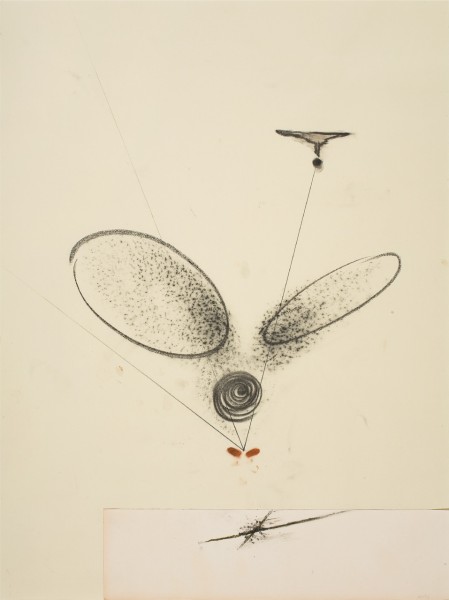 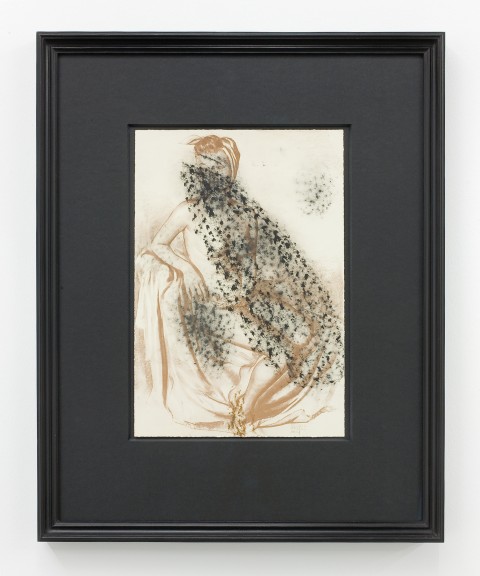 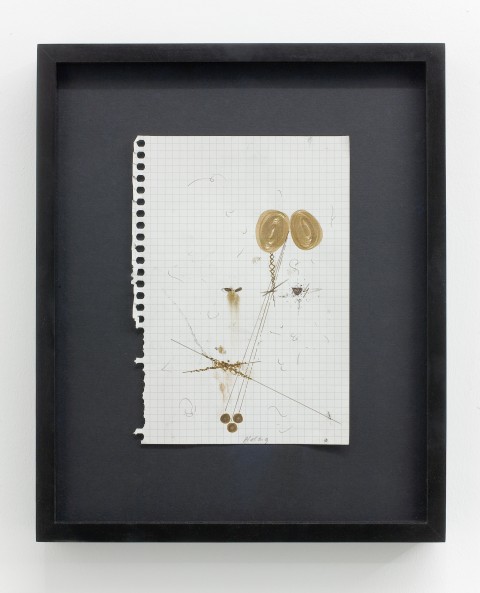 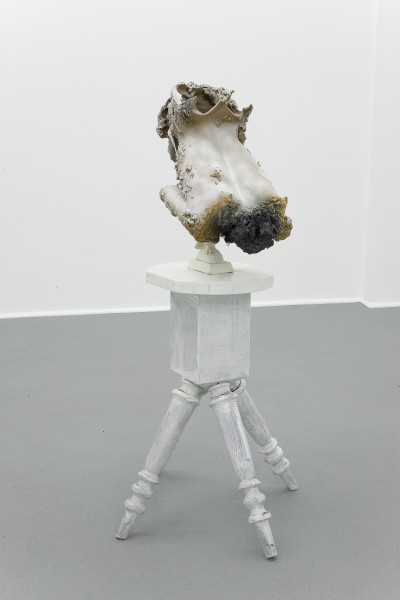 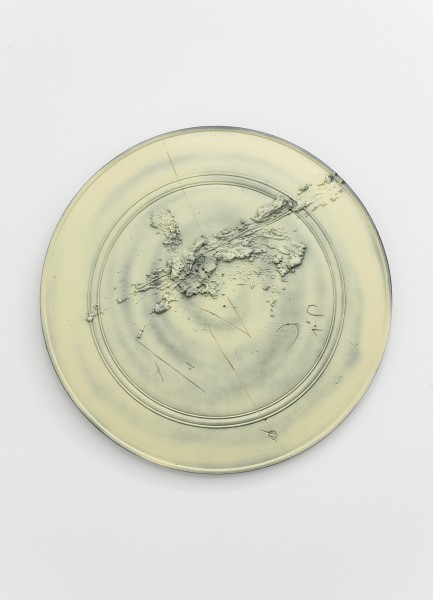 Following Homo Homini Lupus II (2007), Galerie Guido W. Baudach is pleased to present the fifth solo exhibition of work by Berlin based artist Thomas Helbig to coincide with Gallery Weekend 2010. In a continuation and development of existing themes in the artist’s work, and with a particular focus on drawing and painting, Helbig occupies the two separate gallery spaces to create a unified exhibition, with both spaces sharing the same
essential spirit.

Although he trained primarily as a painter (AdBK, Munich and Goldsmiths College, London 1989-1996), Helbig’s artistic practice typically incorporates various disciplines, with equal emphasis on each, including sculpture, drawing and painting, to describe manifestations of an alternate reality. For this exhibition the work presented in Wedding focuses predominantly on the painted element of his practice, with one central wall on which the works are displayed, to create an installation within the space. Helbig sculpts frames onto panels then paints directly onto them, making the boundaries between the disciplines less distinct. Portals are thus created for luminous, timeless spaces in which motifs reminiscent of eyes, rays, solar systems and other visual symbols appear and disappear, acting briefly as signifiers to a larger meaning before vanishing back into the medium itself. The surface reveals underlying layers of paint that leave their traces like bumps, scars and runes on the pictorial skin. These paintings are brighter than previous works; their ephemeral aesthetic only occasionally erupting into dark, grotesque blobs of paint. Recalling the mythical impulse underpinning Suprematism, there are echoes of the motif of hovering abstract forms in Helbig’s weird skies. At the same time there is an emphasis on the drawn element within painting that could be seen to show an affinity with the automatic drawings of the surrealists, or even perhaps with mediumistic automism.

In direct discourse with the work presented in Wedding, the presentation in Charlottenburg focuses on smaller painted works that push even further towards sculpture. As a point of departure for the production of many of these works, Helbig sourced existing materials and twee craftworks from flea markets and thrift stores. These found objects then function as frameworks within which to suspend a range of painterly gestures and sculpted forms; Helbig energetically deconstructs and reconstructs the objects, abolishing the original form and quality of halcyon otherworldliness, to create assemblages within a new place or parallel world. The resulting works are strange hybrids that exist in relation to one another in their mutated states, while simultaneously contradicting their barely concealed allusion to the idyllic. In contrast to the work in Wedding, these works have a degenerate, depraved aura, transforming the gallery space into a kind of contaminated chamber.

In this exhibition, displayed in both gallery spaces, connections in Helbig’s visual grammar create a paradox between inner depth within flat pictorial surface in contrast to the sense of ornamental flatness in the painted assemblages. Through the various elements of Helbig’s overall Gestalt, themes of creation, transformation and Spiritual renewal are conveyed.