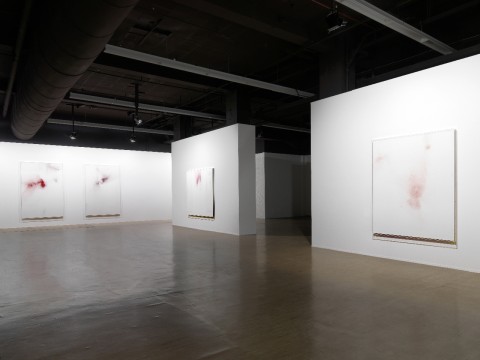 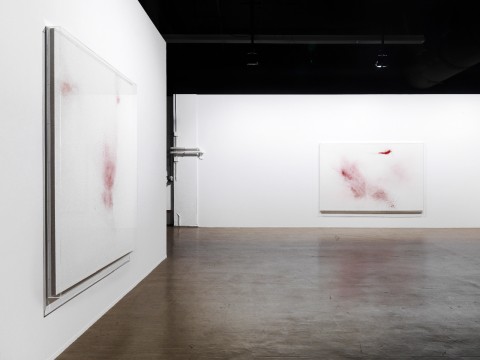 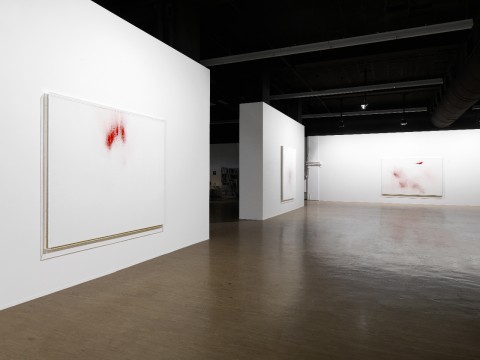 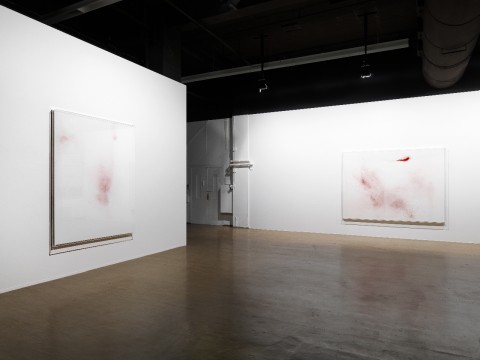 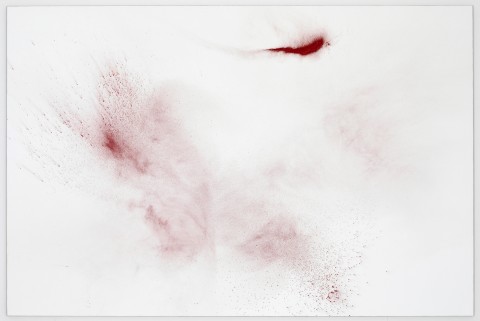 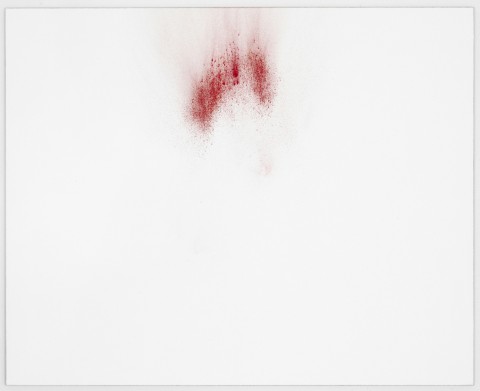 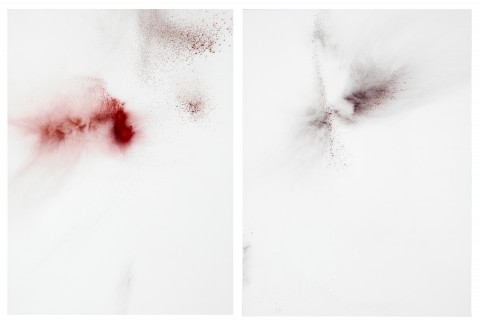 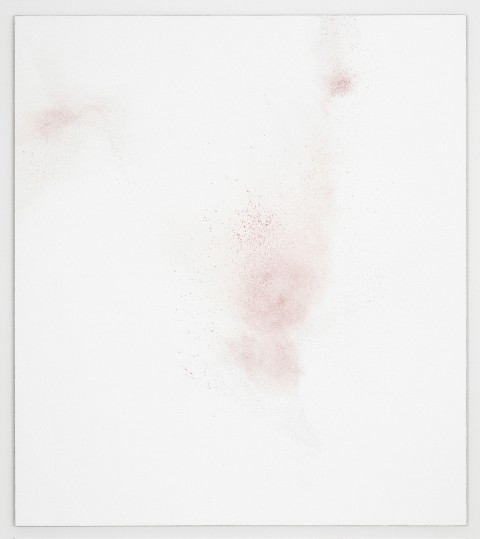 Galerie Guido W. Baudach is pleased to present the sixth solo show by Thilo Heinzmann. Heinzmann’s works – here on display – situate pigment clearly and resolutely in the field of perception. They do not do so, however, in order to render the artist’s ‘material’ visible, or to expose painting’s internal working principles. Rather, the way in which Heinzmann employs pigment generates a genuinely painterly impression. Observe the transitions between the delicate and the dense areas of colored dusting, which amount to transitions between lighter and darker reds, between lower and higher intensities of color. In the Western tradition of art this interest in color’s capacity for perceptual and sensory impact is inherently tied to painterly techniques. Heinzmann’s works pick up this historical thread, but they never engage with the task of describing bodies and volumes through graphic outline or planar projection. Nowhere do his transitions of colored dust thicken into even the cloudiest figure of representation.Yet, color does not enter the space of perception as a purely optical value either – the pigment as material dust is far too prominent for such a visual dissolve. Instead, color receives a slight tactile roughening.

And further: consider the shades of red which in some areas thicken into material grain, and in others spread into a colored hue or fog, and compare them to the ground-plane where the textural qualities of canvas have vanished and been replaced by a regular unevenness of almost architectural quality. This is the classical interplay between different types of painterly facture, but in a new form. Heinzmann generates the unfolding of color partly through movements of distribution performed by hand and various instruments, but also through the contingent use of subtle streams of air. This treatment of color constitutes his proposal for what could become of the painterly concept that used to be known as ‘gesture’. With pigment as an element that in its loose form usually lies prior to painterly procedures Heinzmann engenders a process of work and effect whose result is painting in an emphatic sense.

Thilo Heinzmann was born in 1969, studied at Städelschule in Frankfurt am Main from 1992 until 1997. He will participate in the upcoming group show Masterpieces of Painting in the Collection of the IVAM. Past, Present and Future at IVAM Institut Valencià d’Art Modern. His next solo show Would You Take The Ball From A Little Baby will open on June 9th at Bortolami in New York.