Rashid Johnson There are Stranger Villages 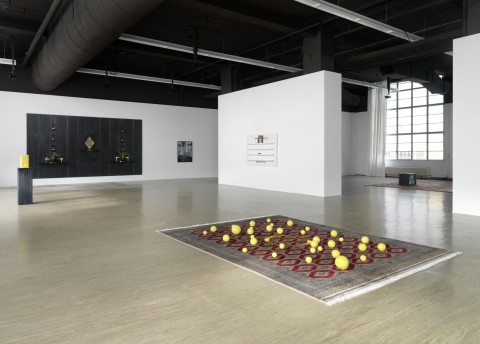 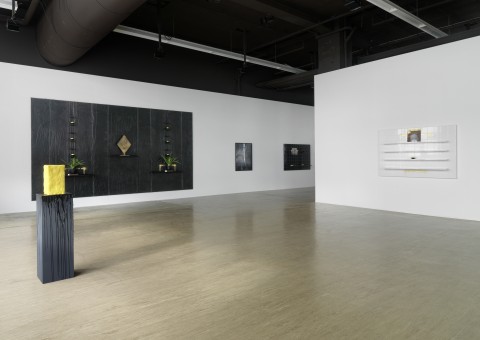 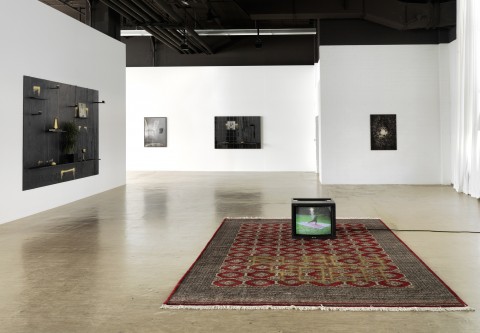 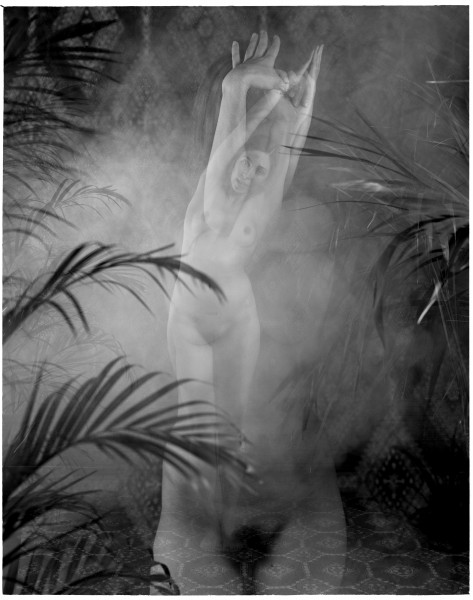 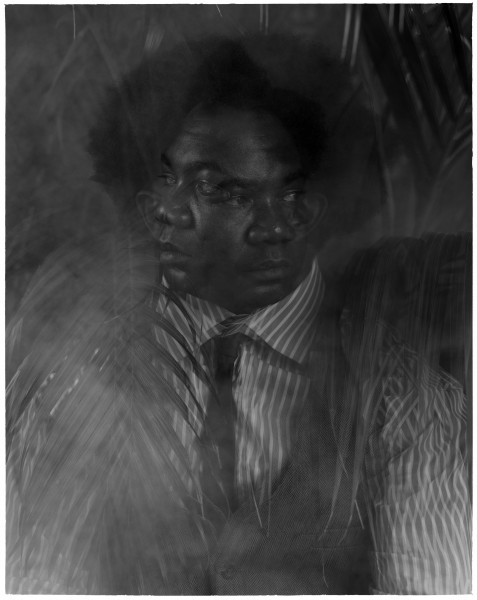 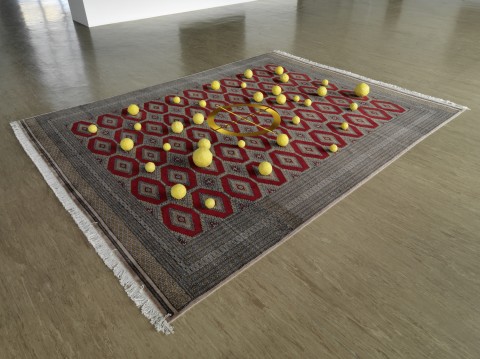 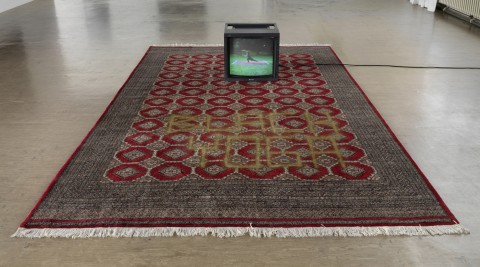 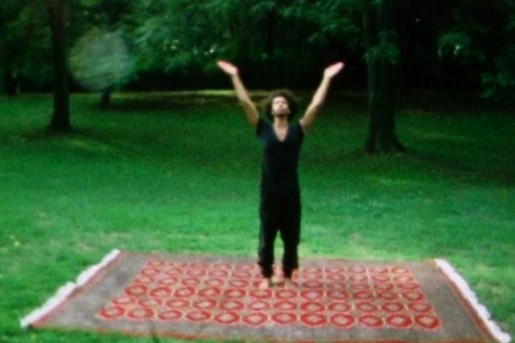 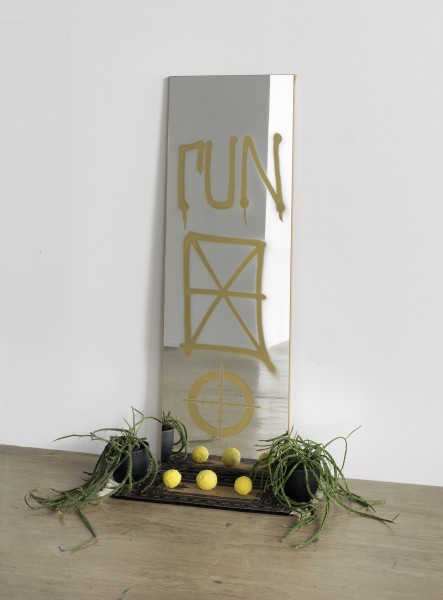 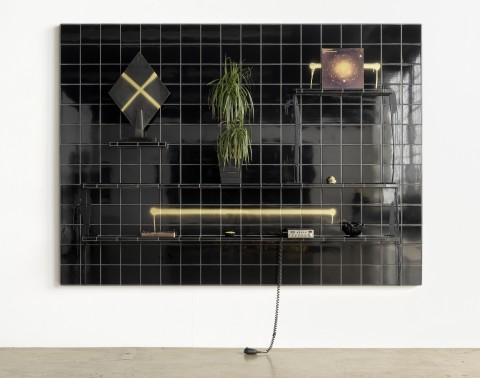 Ridiculous "I" and the Cosmos me, 2010
Rashid Johnson 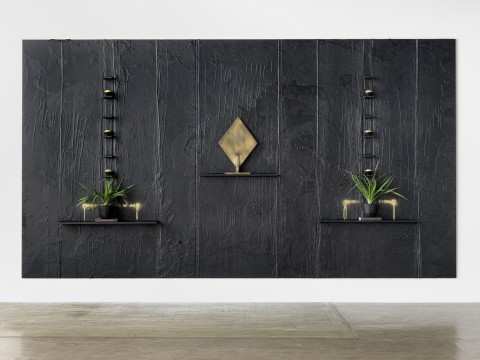 Our People, Kind of, 2010
Rashid Johnson 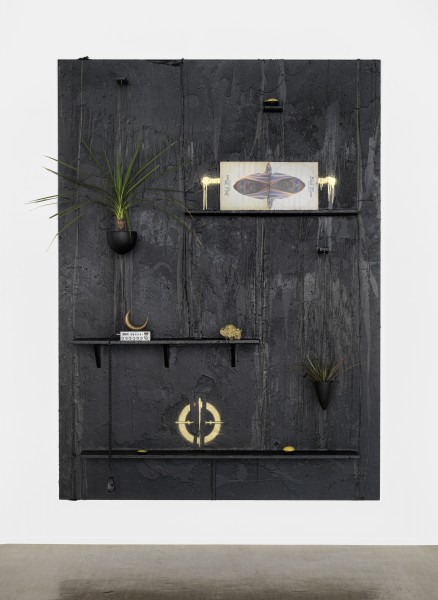 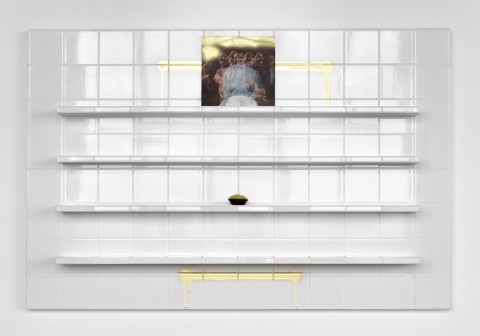 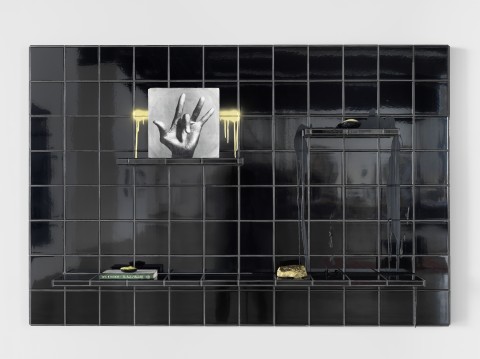 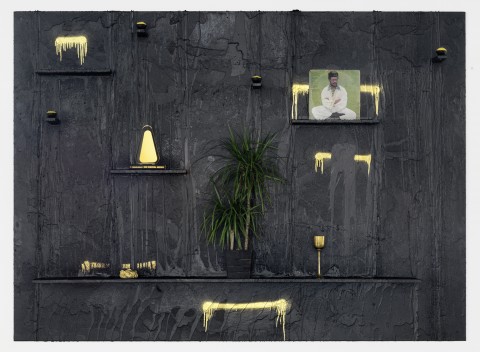 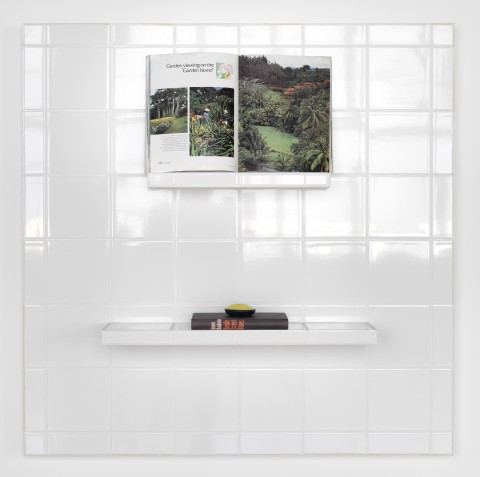 Galerie Guido W. Baudach is pleased to present its first solo exhibition by Rashid Johnson – There are Stranger Villages. The artist was born Chicago in 1977, lives in New York, and predominantly works with installations that combine elements of Afro-American history, found objects from the archives of pop culture, and references to recent art history. In their constant recombinatorics of elements, Johnson’s works open up the question as to the general possibility or impossibility of attributing identity, be it of a ‘personal’ or ‘socio-cultural’ nature.

At the centre of There are Stranger Villages stands a multiple-exposure black-and-white photograph of a middle-aged black man. Stylistically, it’s modelled on a well-known portrait of Frederick Douglass, the brilliant orator and most prominent pioneer of the American Abolitionist movement. The title Marcus, though, refers to Marcus Garvey, founding father of the Back-to-Africa movement. Between adapted re-enactment and historical reference to African-American emancipation, this two-faced portrait (in the literal sense) operates as a sort of imaginary character around which the personal universe of the remainder of the exhibition unfolds.

The counterpart to Marcus is another photograph in a similar style two white, naked women in poses that distantly recall yoga exercises. Similar poses recur in Black Yoga, a film shown on a large-format Persian rug, showing, in grainy 8mm, an athletic, young black man executing a choreographed mixture of martial arts, Thai Chi, and yoga in a park and on the self-same rug. Initially, the same odd amalgamation of different body-languages stands out here too. Taken together, like the yoga poses of the naked woman, these movements can be read as ciphers of the search for an ‘inner epiphany’, spirituality, and self-discovery, though they divest that search of meaning and ultimately leave nothing behind other than the pure, stylised symbol of pop culture. The implied ‘behind’ turns out to be an effect of the constantly shifting concatenation of signifiers on the surface.

On another rug, embroidered in gold thread with a target recalling the logo of the militant rap group Public Enemy, Johnson has arranged balls of shea butter in various sizes. Shea butter is produced from the nuts of the African shea tree and, in the western world, is principally retailed as an exclusive cosmetic. Behind this installation titled How Ya Like Me Now there also lies a subtle and also multilayer reference to one of the best-known works by the Afro-American artist David Hammons: the performance Bliz-aard Ball Sale (1983), where Hammons arranged snowballs on a rug in Cooper Square, New York, and sold them at different prices according to their size.

The exhibition space, however, is visually dominated by eight large wall objects covered with a dark layer of wax and black soap, or simply black – and in two of the works white – tiles. With their protruding shelves, these objects look like something between classical panel paintings and shelf units, where Johnson brings together a variety of objects in the form of material assemblages: from record covers of old, predominantly jazz and soul records, to books, CB-radios, stones sprayed gold – or ‘space rocks’ as Johnson calls them –, talismans, lamps, ornately embellished metal containers, and standard household plants. Many of the objects also refer to a virulent and oft-recurring notion of ‘escapism’ in Afro-American culture, be it in the sense of Garvey’s entirely genuine ‘Back-to-Africa’, or that of the Saturn mythology, itself already ironically oversubscribed, of Sun Ra’s space free jazz. But like the poses in Black Yoga, the references themselves are merely quoted in Johnson’s objects. On the surface of this referential structure the individual objects within the wall pieces, but also the works themselves, are amalgamated into freely combining meaning-machines; a particle accelerator in which personal recollections, a collective unconscious condensed onto objects, knowledge of the history of Afro-American emancipation (along with its attendant myths), and references to mainstream art history ultimately collide, resulting – not without a knowing wink – in a sort of ‘interior design’, a personal habitat somewhere between artwork, shrine, and living-room shelf unit.