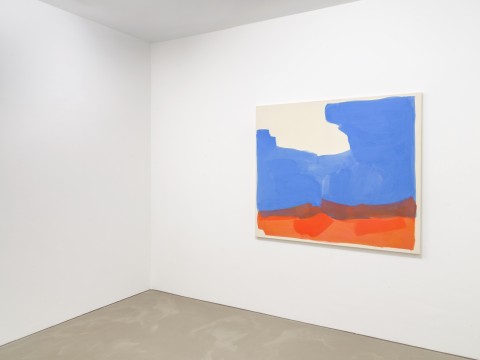 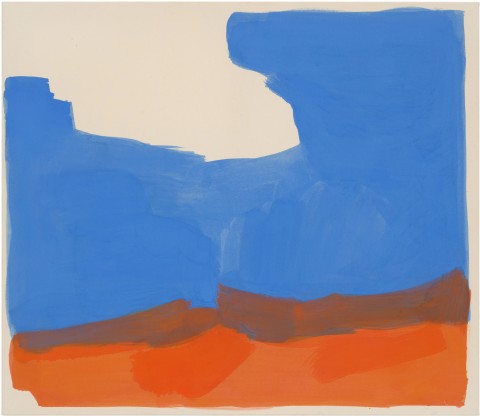 The third edition of our online/offline format BACKSTAGE, launched at the beginning of the year, is dedicated to a new work by the Berlin-based painter Tamina Amadyar. südosten (engl. south-east) appears perhaps even more clearly than other paintings by the artist as what these works are per se: Abstractions of a concrete spatial-representational experience, in this case of a landscape, whose exact location remains undetermined by the attribution of a mere compass direction in the title. In addition to the tension-rich, on the one hand loose, on the other decided combination of a bright orange-red with an equally intense light blue, the soft cotton-white of the canvas is also activated as a third colour, as it were, which seems to form the contour of a cloud. Everything here, however, is oriented less towards the representation of the visible than towards an emotional exchange in the encounter between the work and the viewer, towards a discourse of sensations that is fundamentally open and yet always new and different.

Tamina Amadyar, born in Kabul in 1989, studied painting at the Düsseldorf Art Academy from 2008 to 2014. Since then, her work has been shown in numerous exhibitions at home and abroad. From 2018 to 2020, she was a visiting professor at the State Academy of Fine Arts Karlsruhe. In April 2021, Tamina Amadyar was awarded the ars viva prize for fine arts by the Kulturkreis der Deutschen Wirtschaft.