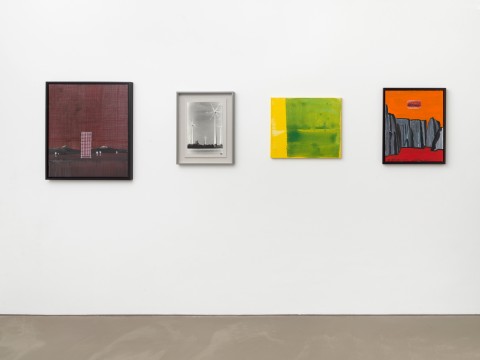 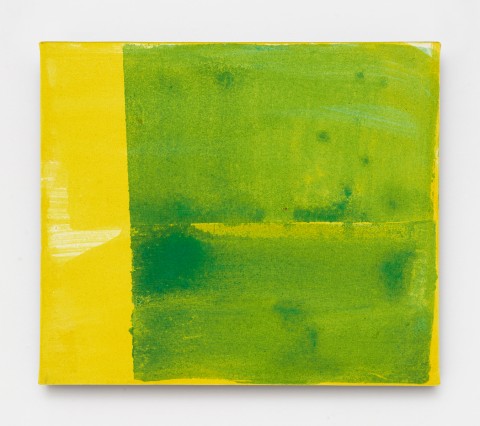 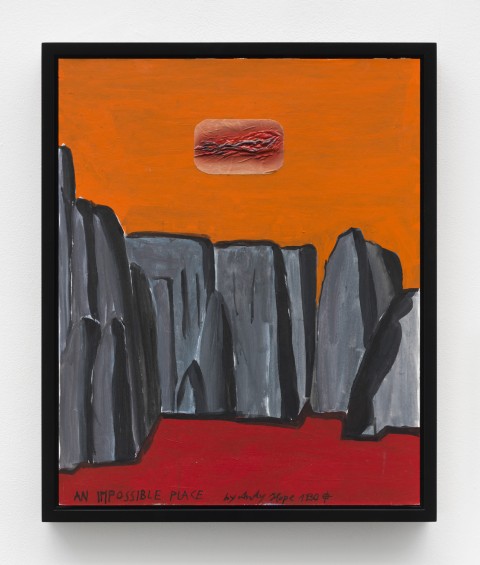 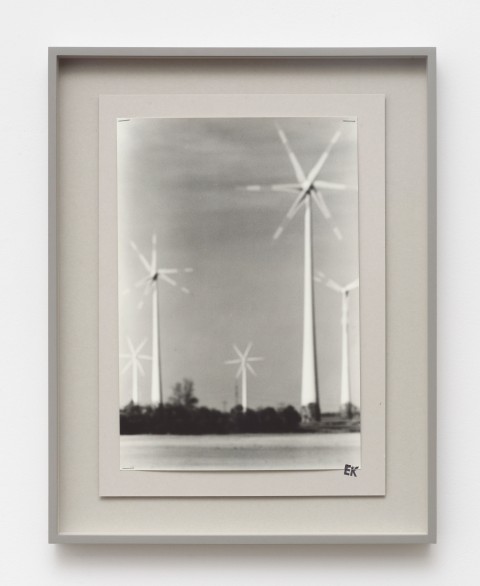 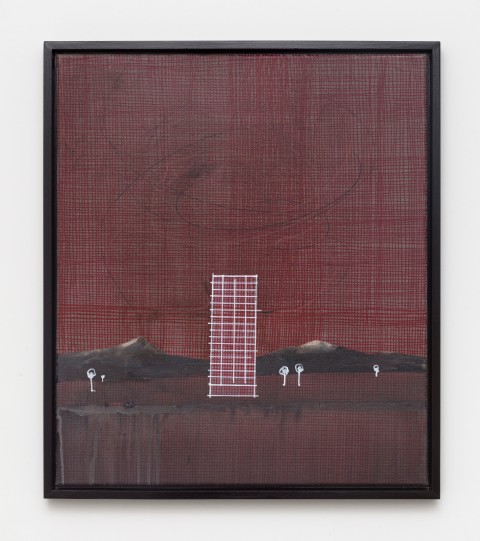 BACKSTAGE is a new format within which Galerie Guido W. Baudach will from now on regularly highlight special individual works and series by one or thematically selected works by various artists, independently of the regular exhibition program and both purely physically in the gallery's showroom and virtually online on the gallery’s website.

The prelude, entitled Landscape as Vision, gathers a compilation of works that, despite partly differing genres, formulate a similarly surreal-abstract conception of the common subject. This first BACKSTAGE presentation, featuring works by Tamina Amadyar, Andy Hope 1930, Erwin Kneihsl and Thomas Zipp, will be on view from February 18 to March 20, 2021.

Tamina Amadyar's quite early painting malibu, 2015, appears as an almost minimalist interpretation of the Pacific horizon northwest of Los Angeles, a seascape in which the sunny yellow prevailing on site meets the rich leafy green of the neighboring hinterland of the same name instead of the actual blue shades of the sky and the sea.

The combine painting An Impossible Place, 2018, by Andy Hope 1930, on the other hand, describes a pure fantasy landscape that appears entirely artificial or cartoonish, and in which the sky, possibly in reminiscence of environmental destruction and ozone leakage, has a gaping wound in the form of a corresponding dummy from the costume and novelty stores.

The photographic work Super Windrad 1, 2013, by Erwin Kneihsl, in turn, typically executed as a classic black-and-white hand print, which is, however, quite unsentimentally tacked onto gray cardboard in punk manner, is based on the photograph of a landscape of the kind that has been increasingly encountered in the mostly flat environs of Berlin for some years now: a wind farm; However, this is not in the sense of a reproduction of the actual conditions that is interested in the documentary, but rather as a transformation of the original motif produced by the deliberate use of photographic and photochemical techniques, which quite involuntarily makes one think of a flower meadow like from a science fiction movie.

In Thomas Zipp's Candy Shop (P.O.R.A.), 2021, landscape appears as a strange hybrid of an extraterrestrial-like atmosphere and the characteristic contours of that low mountain range in southern Hesse from which the artist himself originally hails. In the midst of this scenery, Thomas Zipp plants lollipop-like trees around the gridded cubature of a high-rise facade. Everything in this picture appears structured as well as free and open at the same time; entirely in the sense of Le Corbusier's programmatic manifesto The Poem of the Right Angle, to which the subtitle refers in abbreviated form. – An artist´s work as a candy shop?