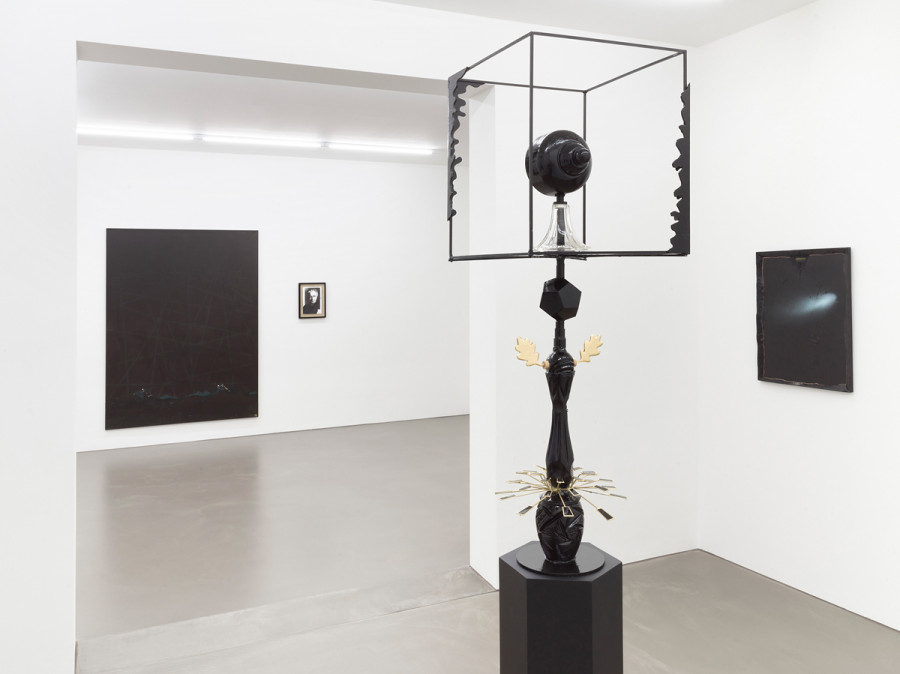 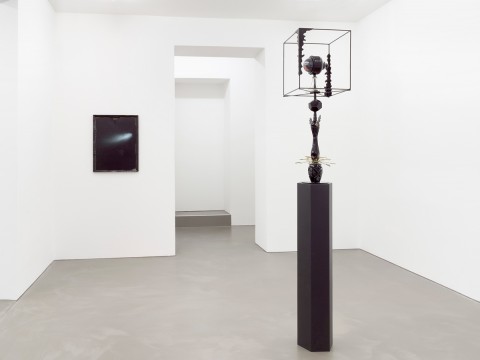 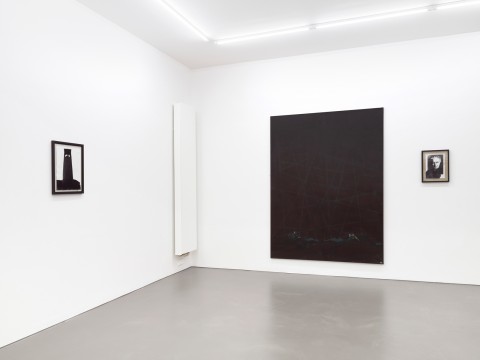 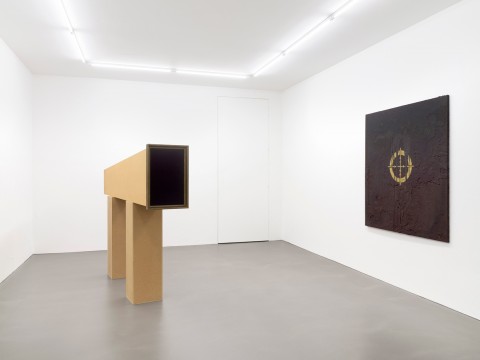 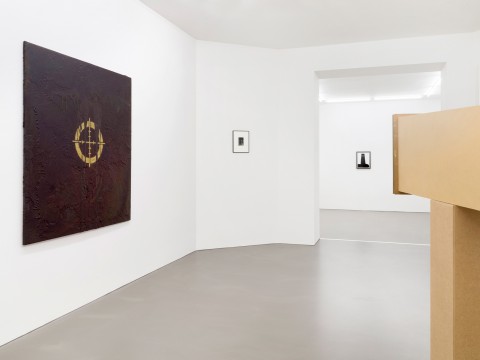 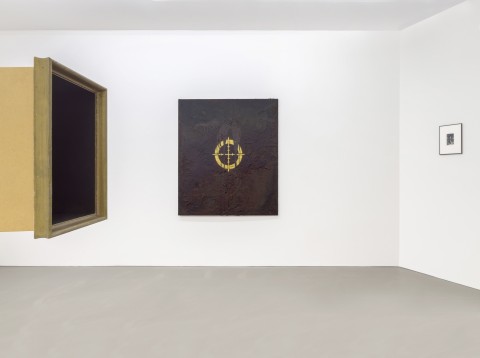 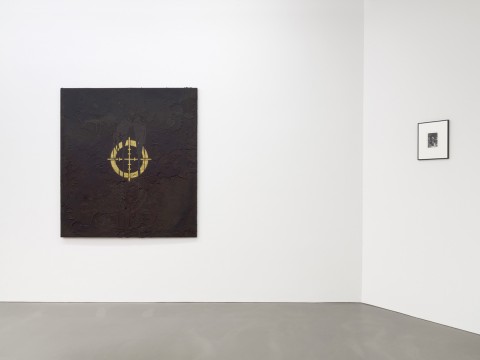 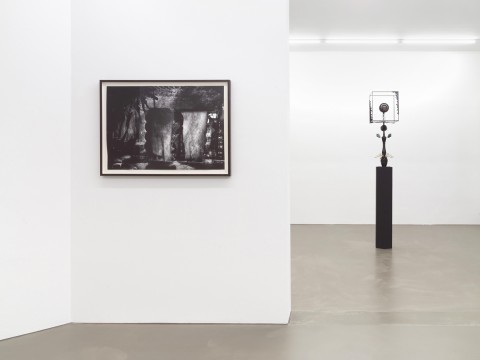 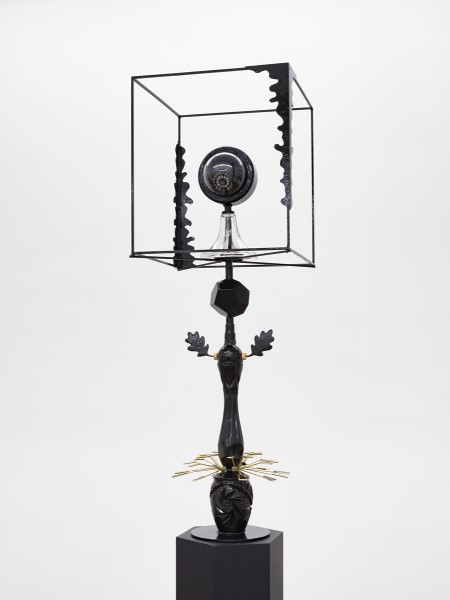 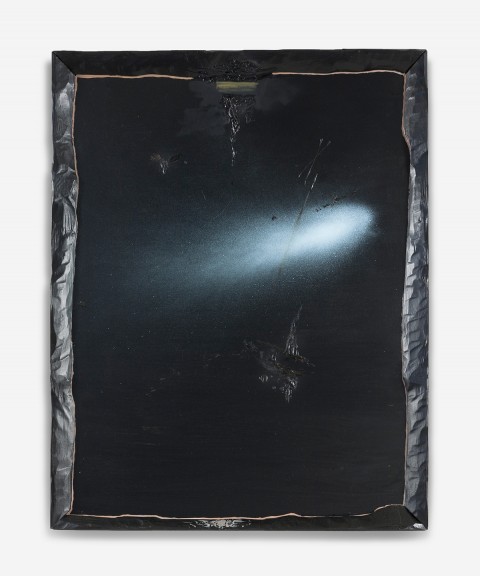 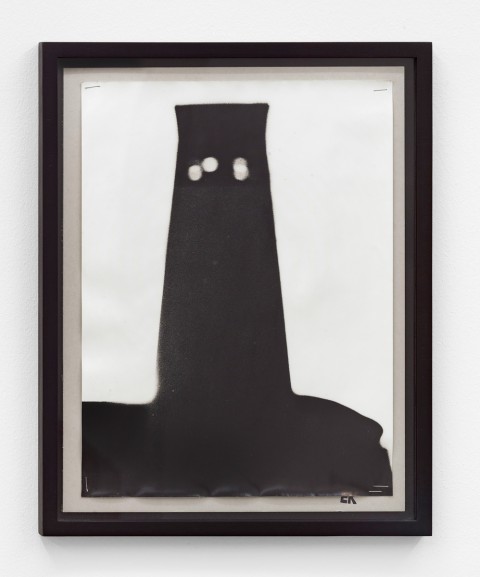 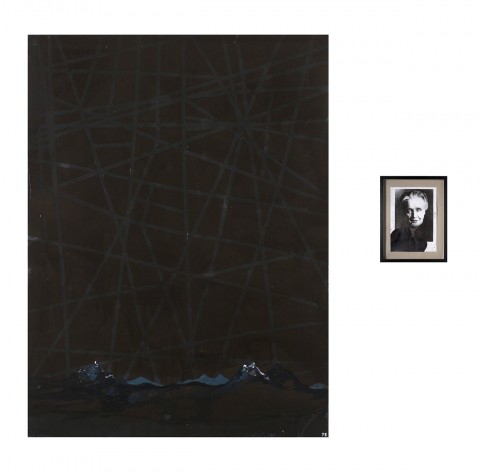 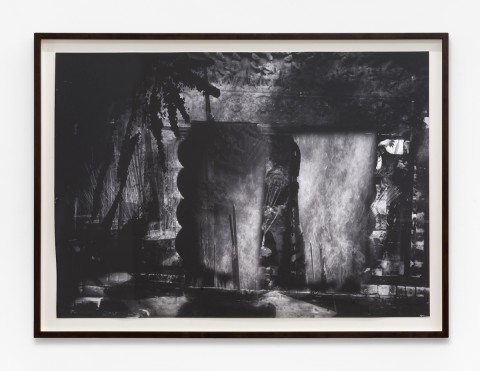 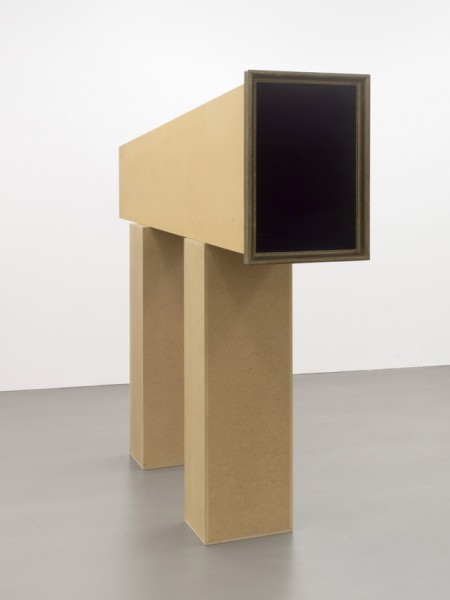 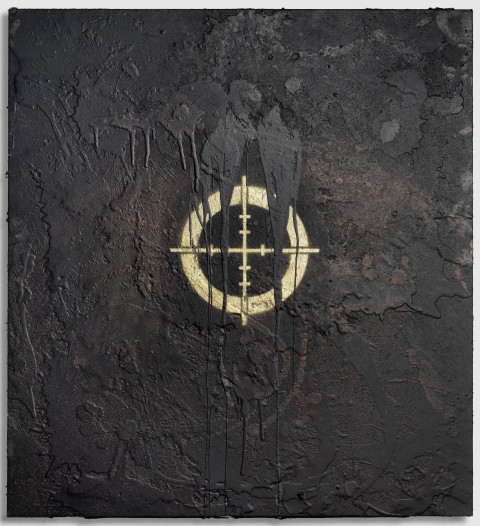 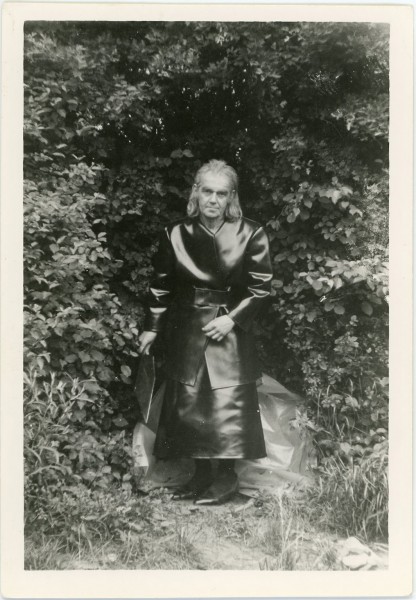 No light without shadow. Nothing visible without darkness. Only against the black of the night is the brightness of the stars apparent. Thus is the ideal background for bright things and ideas accordingly dark – not least in art. Since the Renaissance, the light-against-dark contrast of chiaroscuro has made colors appear more intense, spaces and figures more multidimensional. What’s more, the black of darkness has its own semantics in art, representing the spiritual, the immaterial, and the mysterious. More than a hundred years ago, Kazimir Malevich made reference to such metaphors in his Black Square, setting the absolute zero point of a modernism freed from objective representational constraints.

The exhibition Dark Matter brings together individual works from a variety of contemporary artists, ranging from photography, collage, and painting to sculpture, all of which make use of the color black and its diverse contexts of meaning to convey many-faceted connotations.

Potsdam-based sculptor Björn Dahlem (*1974) contributes an object as enigmatic as it is cryptic, coming across like the totem of an extraterrestrial civilization while consisting of nothing more than very earthly found objects and similar profane everyday materials, all of which have been painted over simply in black.

Similarly, an untitled painting by Berlin artist Thomas Helbig (*1967) also points to interstellar realms, the mark of white spray paint gleaming on its dark oil background like a comet’s tail or a galactic cloud. The obviously hand-carved, black-lacquered frame underscores the baroque character of the work, a characteristic that connects it with Björn Dahlem's sculpture, with both pieces holding seriousness and humor in balance in a very similar way.

In contrast, the black-and-white digital collage Erinnerung (Memory) by Markus Selg (*1974) brings us back down to earth. As a gloomy and mysterious, pixelated jungle panorama it evokes associations with the sunken sites of the Maya or the myth of Eldorado, even the scenery depicted might have its origin somewhere else, maybe even in a dream or in a vision of a still distant future.

The exhibited gelatin silver print from Vienna-based photographic artist Erwin Kneihsl (*1952), in turn, is also reminiscent of an image from a dystopian science fiction story, even though it is actually a photographic depiction of a real Berlin church tower. The deliberate application of blurring and over-contrasting mutates the structure into an abstract pictorial phenomenon until it becomes almost ghostly.

Another photograph comes from the French outsider Marcel Bascoulard (1913 – 1978), who made self-portraits in women's clothes for over four decades; not for the art market, but nevertheless, as he himself stated, out of an “artistic necessity”. At the beginning of the 1970s, a series of photos were taken, including the photo on display, which shows the almost sixty-year-old, in his usual unobtrusive, matter-of-fact pose with a direct, self-confident look into the camera but in extraordinary eccentric creations made from dark latex, what gives the self-portraits of this recently discovered early representative of transgender in art, which are usually pithy and rather asexual, both a fetish and a modernist component.

Black Pattex (SA), a two-part work by Berlin-based artist Thomas Zipp (*1966) consisting of a large-format painting and a framed drawing, comes across as a richly charged piece rooted in autobiographical references. Zipp is from the Rhine Valley of southern Hesse, an area with a topography that corresponds rather closely to the low horizon and shallow hill ridges in his painting. The dark sky above, interspersed with black rays, is a reference to the nearby Biblis nuclear power plant, but also to the artist’s first experiences with drug use by sniffing glue. The psychedelic element is further heightened by the accompanying work on paper, which is based on a photographic portrait of a well-known psychotherapist from the first half of the 20th century, in whose eyes Thomas Zipp has inserted silver upholstery nails for pupils and from whose mouth a black painted balloon escapes like a mute, dark speech bubble.

In the case of New York-based artist Rashid Johnson (*1977), the use of the color black is a fundamental aspect of the treatment of biographical narratives in his practice, referring to his place within the African-American population of the U.S.A. Moreover, the material used to create the background of his image object is no ordinary paint but wax tinted with Black Soap, a skin care product originally from West Africa. The crosshairs that Johnson has spray-painted in gold at the center of the dark square are a reference to his artistic beginnings in graffiti culture. Above all, however, they are a pop-cultural homage, drawing from the target logo of the New York hip-hop formation Public Enemy and paying due reverence to the musical Black Power activists with symbolic gilding.

Berlin-based artist Andy Hope 1930’s Time Tube (6) also functions referentially, in this case to the aforementioned icon of the early avant-garde: Kazimir Malevich’s Black Square. Andy Hope’s work is a hybrid, an amalgam of image and sculpture that realizes the literal spatialization of its art-historical reference object. The Time Tube appears to have fallen out of time in its peculiar form, a futuristic-seeming industrial wood construction with an antique picture frame pulled over top. Past and future overlap. And the deep, matt black inside the Tube opens the gaze to new spheres.