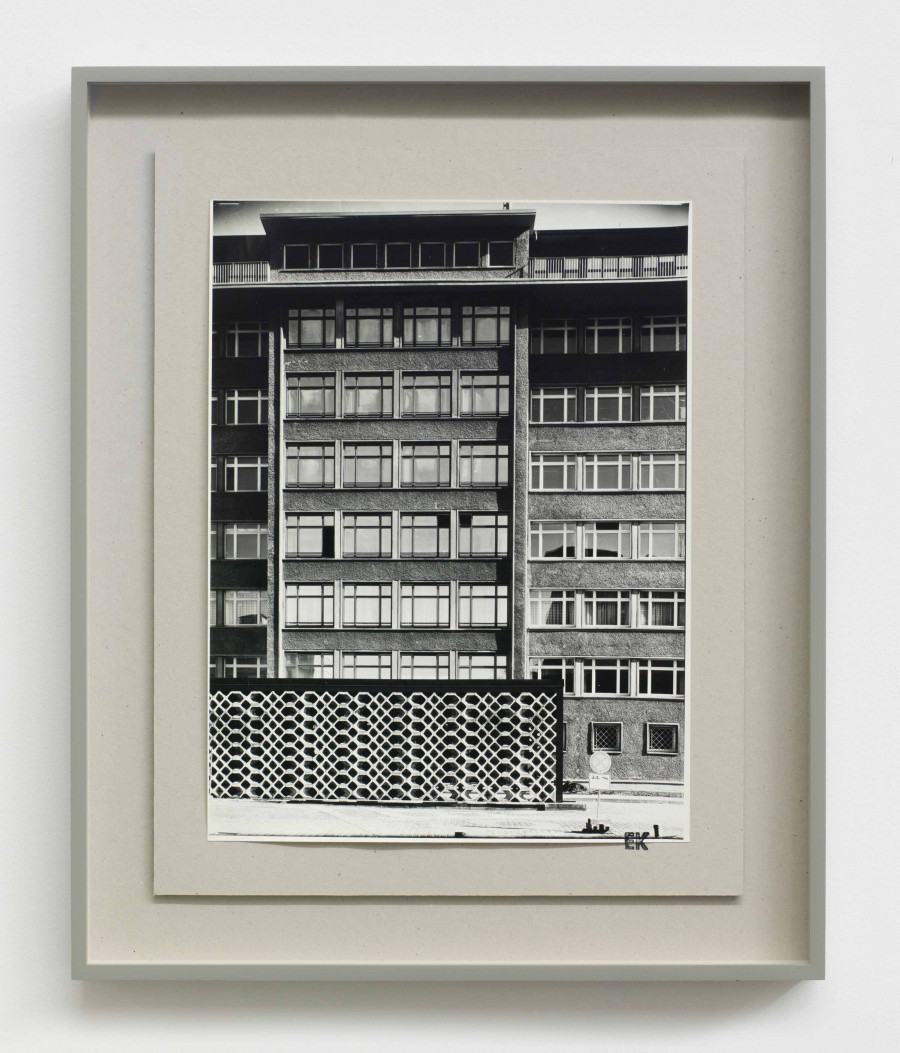 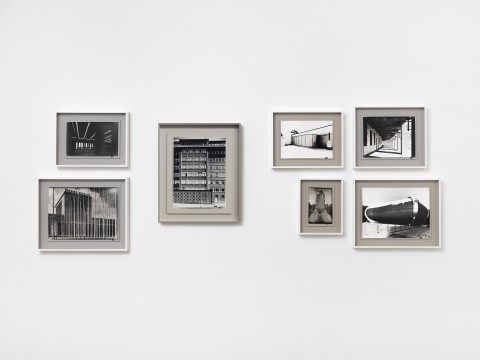 In the sixth edition of BACKSTAGE, Galerie Guido W. Baudach presents a selection of architectural photographs by Erwin Kneihsl as part of the exhibition course Mies in Mind (Sunday Open) by Index Berlin on the occasion of the reopening of the Neue Nationalgalerie. The Viennese photographer, filmmaker and performance artist, whose current exhibition Sun can also be viewed in the gallery, has recently come to the fore primarily with hand prints in classic black and white of analogue photographs of various subjects, not least of historically significant buildings and architecture from the 20th century. In the current compilation, apart from Mies van der Rohe's famous Villa Tugendhat in Brno, Czech Republic, a veritable incunabulum of modernism built in 1929/30, these are exclusively buildings in Berlin and its environs, such as the Einstein Tower in Potsdam from 1920-22, the Great Wind Tunnel of the Aerodynamic Park (now the Science and Technology Park) in Adlershof from 1932-34, the Charlottenburg Olympic Stadium (1934-36), the entrance hall („Ehrenhalle“) of the trade fair grounds on Masurenallee from 1935-37, the departure hall of the former Tempelhof Airport (1936-1941) and the so-called House 1 of the former headquarters of the GDR Ministry of State Security in Normannenstrasse in Lichtenberg (1960/61).

Kneihsl's works, mounted with staples on grey cardboard, are characterised by precise photographic craftsmanship on the one hand and pictorial expressiveness on the other. Kneihsl's practice reveals traits of alchemy, both material and ideational. The darkroom is his place of substantial experimentation. The individual components of the developing bath, the proportions, but also the respective tempering are well-kept trade secrets, on the basis of which Kneihsl transforms certain of the external impressions he captures through the camera lens into intersubjective internal echoes of light and shadow, history and the present; captured on baryta paper.

BACKSTAGE is a new format launched at the beginning of this year, within which Galerie Guido W. Baudach regularly highlights special individual works and series by one or thematically selected works by various artists, independently of the regular exhibition program and both physically in the showroom and virtually online on the gallery's website.