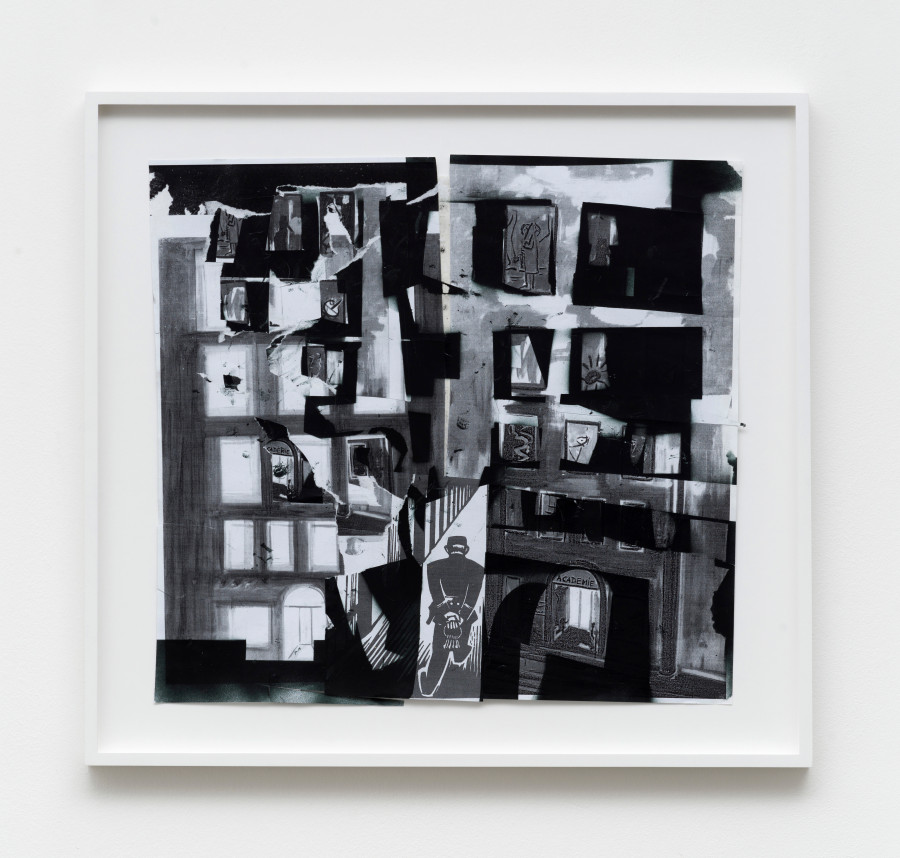 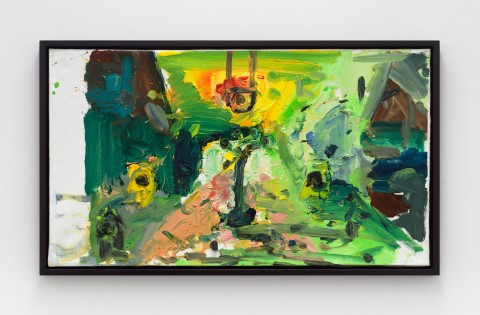 On the occasion of his upcoming solo exhibition at the De Pont Museum in Tilburg (NL) and the associated premiere of his new film, we present BACKSTAGE two works by Dutch artist Erik van Lieshout, which, like the exhibition and the film, are dedicated to his fellow countryman René Daniëls. Daniëls, one of the most influential painters of the 1980s, has been severely handicapped since suffering a stroke more than 40 years ago and very rarely appears in person in the art world. He is a living legend who lives largely in obscurity. The exhibition and the film by van Lieshout are named after him. The latter is both a sensitive portrait of the older colleague and a productive dialogue between the two artists. The BACKSTAGE works on show, a paper collage and a painting, draw appropriately on two authoritative works by René Daniëls: the early work Academie from 1982 and probably his best-known work De Terugkeer van de Performance (The Return of Performance) from 1987. In the exhibition at the De Pont Museum (4 December 2021 to 13 February 2022), other related paintings and paper works by van Lieshout will be on show in larger numbers alongside the film.

BACKSTAGE is a format launched at the beginning of this year, within which Galerie Guido W. Baudach regularly highlights special individual works and series by one or thematically selected works by various artists, independently of the regular exhibition programme and both physically in the gallery showroom and virtually online on our website.