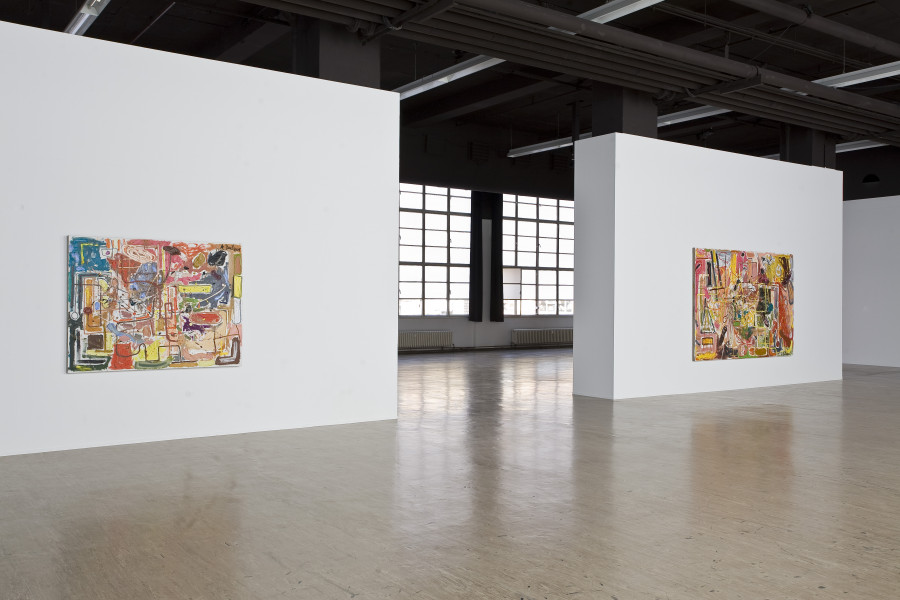 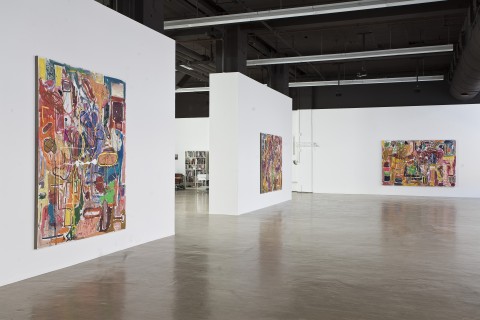 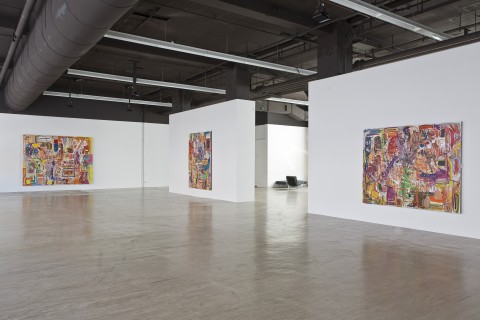 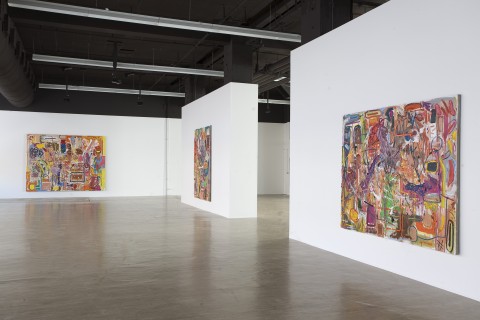 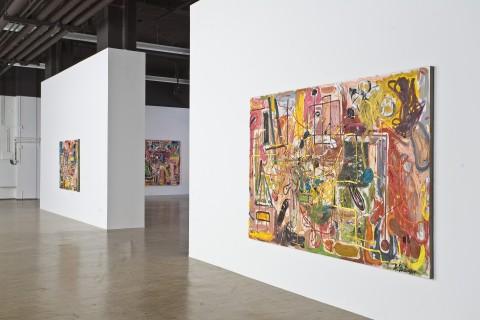 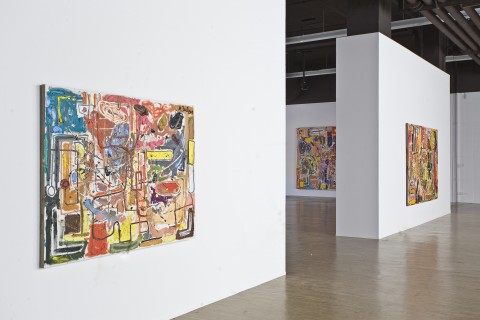 Galerie Guido W. Baudach is pleased to present André Butzer's fifth solo show in the gallery within the frame of the Gallery Weekend Berlin 2009. Born in 1973 and living in Rangsdorf by Berlin, the artist preeminently deals with the development of the heritage of painting in his work, and is now showing new luminously colourful abstract pieces.

André Butzer has been developing a very distinct form of artistic expression since the late nineties, which he refers to as Science-Fiction-Expressionism, and persistently condenses. Butzer explores the possibilities of colour and texture – taking recourse to Veronese, Titian and Matisse – which challenge the viewer's vision and cause the medium itself to speak. Several types of painting motifs have developed into a consistent repertoire in Butzer's pictorial language in the last ten years. Along with the figurative works, inspired by Walt Disney comics with their self-created characters such as the Schande-Mensch or the Friedens-Siemens, which the artist places in fictive locations such as Annaheim and Nasaheim, there are monochrome gray, and also multicoloured abstract paintings of equal importance. Vivid lines and contours of geometrical shapes, applied to the canvas directly from the paint tube suggest figures and space simultaneously in these paintings. This engagement with the relationship of figure and space leads Butzer to the dissolution of the figures, to “total” abstraction. He counteracts the supposed spontaneity of the act of painting, and the concept of originality and authenticity connected to it through the deliberately applied seriality of his artistic method, the constant recurrence of motifs, and the equally conscious references to phenomena of mainstream culture.

Butzer's development as a painter is distinctly conspicuous in the six paintings of the exhibition. At a first glance the exuberant colourfulness of the paintings is prominent. All of the pieces – as also the exhibition itself – are untitled, intentionally giving no external clue towards concrete approaches to interpretation. However, the viewer inevitably begins to seek figuration in the openness of the abstraction, and seems to discover traces of Butzer's figurative oeuvre between the paste-like color fields, geometric elements and serpentine, Jackson Pollok-esque lines. The outlines of the Schande-Menschen for example, or the huge eyes and laughing mouths of the Friedens-Siemense claim a strange ephemeral presence in the hidden corners of the paintings: They assemble for a moment within the colourful pictorial space, and immediately disassemble. It becomes apparent that the different painting types – the figurative ones as well as the abstract ones – are reciprocally derived and mutually dependent.  It also becomes clear that André Butzer's painting has always been defined to a great degree by abstraction, and that the subject matter of the figurative pieces is more about the possibilities of abstraction and its constant experimental use, rather than an investigation of the forms of concrete representation. In this respect, Butzer's explorative painting reaches a new preliminary climax with the paintings shown in the exhibition.

André Butzer was a co-founder of Akademie Isotrop and a member from 1996 to 2000.